SSC CGL Tier 1 Exam: SSC CGL Tier 1 exam has commenced from 3rd March 2020 giving a golden opportunity to aspirants all over the country awaiting the job of their dreams. Every student is eager after the exam to know the questions that were asked from various sections in the exam. Knowing the questions that were asked in the previous shifts will give a fair idea of the exam pattern and candidates can prepare accordingly. SSCAdda has always believed in helping aspirants in the best way possible. Here, we are providing you with the questions asked in today’s shift of the SSC CGL Tier 1 exam and you can also check SSC CGL Exam Analysis here.

Click Here To Get Free SSC CGL Memory Based Paper

The SSC CGL Tier 1 exam consists of 4 sections namely: English Language, Quantitative Aptitude, General Awareness and General Intelligence & Reasoning. Each section contains 25 questions of 2 marks each and candidates are given 1 hour to attempt all the 100 questions. 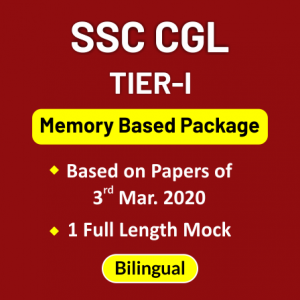 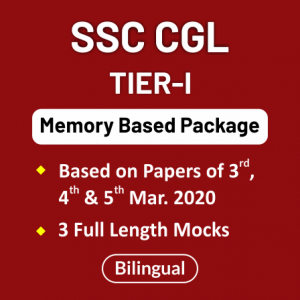