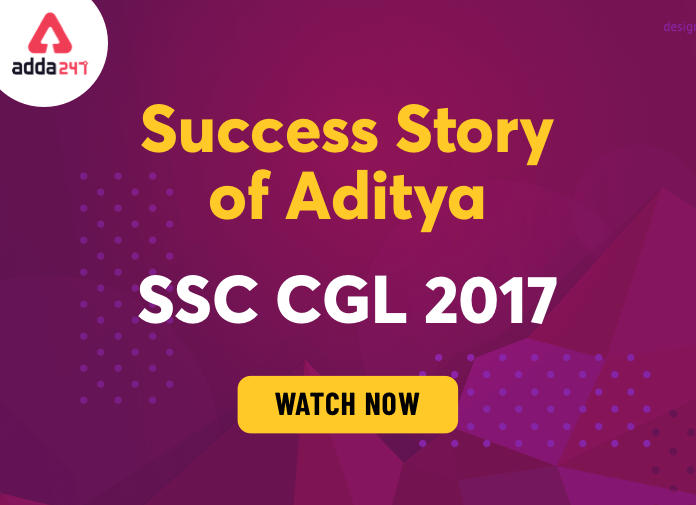 I just wanted to express thanks as the ADDA app was quite useful during my preparation routine. After completing each chapter in English or Maths, I used to appear the short quizzes in the app, which helped me to analyse my problem-solving ability and boosted my confidence in my preparation.

I am Tarun Singh. Born and brought up until Std XII at Andaman & Nicobar Islands, my father was employed there. Though, my roots are from Jaunpur, UP. B.E. in Computer Science from BIT Ranchi. I was interested in earning online money as an alternative from a regular salaried job. I published a few Kindle eBooks and Android apps. One of the android apps is successful and now it has over 500 thousands downloads. I write a blog and also answer the question of students at Quora. Over the journey of my life until now, I have found strength in spiritual aspects of life as well. I recommend Vipassana meditation and Osho books.

Adda247 has started a platform www.achieversadda.com exclusively for achievers where they can interact with other achievers and can make new friends. So, if anyone is looking for personal guidance from toppers, they should immediately visit achieversadda.com

How and when did you start your preparations for SSC CGL?
I graduated in 2009. After that, I worked in software for 7 years (TCS and Wellsfargo Bank) before deciding to give it a try for SSC CGL. First time I appeared in SSC CGL 2014. Secured TA post-Mumbai Customs. Not satisfied due to lower grade pay and job profile, I appeared again in 2016 but could not qualify for higher grade pay posts. Finally, I went for the full-time preparation and in SSC CGL 2017, I made it to under 500 AIR.

What was your strategy to crack the exam?
In brief, my strategy for exam preparation is simple. Select the right mentors and the right set of books and complete the books multiple times. And, rigorously analyse my performances in Mocks.

What was the thing that kept you motivated through this time? What were the challenges that you faced during your preparations?
I began with an aim to get a job where I will have some freedom of time and location. Then later on during preparation, having no other regular job was one big reason to never give up. I think the key challenge was managing between studies, relationship and finances.
-Resigned from already secured govt posts and high package pvt job
-Married in 2016 and there was much family pressure
-Last attempt due to upper age limit

Did you appear for any other exam apart from SSC CGL? Did you encounter failure in any exam?
-Yes, UPPSC and ARO I was unsuccessful.

Also, to mention about how I was involved with Adda247 for my SSC CGL exam preparation. When I began my preparation, it was my wife who earlier did Bank PO preparation and is currently Asst. Manager suggested using Adda247 app for SSC CGL questions. I explored the app, and found the chapter wise quizes on Maths and English very useful. After each Maths chapter I used to attempt couple of quizes from Adda247 app to examine my preparation level in that chapter. Also the timed tests and solution given was very useful in developing speed in that particular chapter.

Are You Preparing For SSC Exams? Register Here to get Free Study Material