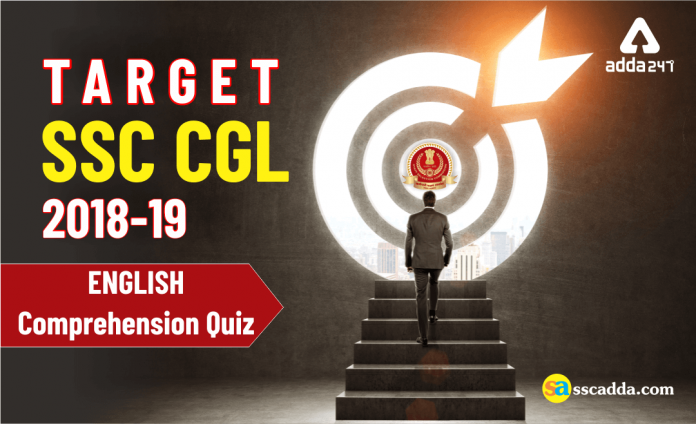 Study Plan for SSC CGL 2018-19 Exam by SSCADDA is all set to deliver the quizzes and notes on each four subjects asked in the Examination. Be a part of this study plan, visit SSCADDA website regularly to add up each day effort in your practice. Today, in this English quiz we are providing English Miscellaneous Quiz with detailed Solutions to make your practice effective. Attempt this quiz and prepare yourself flawlessly. We wish you good luck for all the upcoming Exams.

Direction (1-4): In the following questions, some of the sentences have errors and some have now. Find out which part of a sentence has an error. If there is no error, the answer is D i.e., No error.

S1. Ans.(b)
Sol. ‘debar’ takes Gerund with it and preposition. ‘From’.
Hence use, from appearing in place of to appear.

S2. Ans.(c)
Sol. Use ‘Slain’ in place of ‘Slewed’.
Slay: to kill somebody/something.
Its part participle form is slain not slewed.

S3. Ans.(a)
Sol. ‘Bid Adieu to’ is an idiomatic expression which means ‘to say goodbye to someone or something’. Hence replace ‘in’ with ‘to’.

Direction (5-8): In the following questions, the sentence given with blank to be filled in with an appropriate word. Select the correct alternative out of the four and indicate it by selecting the appropriate option.

S5. Ans.(d)
Sol. Put down: criticize someone publicly.
Slack off: stop working hard or putting effort into something.
Stock down: to sow (as plowed land) with seed of grass.
Stock up: to buy a large quantity of something.
Hence option D fits in the context.

Q6. Prime Minister on Saturday _________ innovation in education and character-building as its goal.
(a) forced for
(b) stressed on
(c) stressed in
(d) forced on

S6. Ans.(b)
Sol. Stress: to give emphasis or special importance to something. Also justifying the tense of the sentence, option B fits in the context.

S7. Ans.(d)
Sol. ‘More happy’ is the appropriate option. When two qualities of same subject are compared then, with adjective of one syllable, we use ‘more’.

S8. Ans.(b)
Sol. Frantic: distraught with fear, anxiety or other emotion.
Frivolous: of no real worth.
Frolicsome: lively and playful.
Garish: obtrusively bright and showy; lurid.
Hence option ‘B’ fits in the context.

Direction (9-10): Choose among the following that best expresses the meaning of the given word.

S9. Ans.(a)
Sol. Tryst: an agreement to be present at a specified time and place.
Assignation: an appointment of time and place for a meeting.
Hence Tryst and Assignation are synonyms to each other.

S10. Ans.(d)
Sol. Slur: an insinuation or allegation about someone that is likely to insult them or damage their reputation.
Rectitude: the quality or state of being correct in judgment or procedure.
Modesty: the quality of not being too proud or confident about yourself or your abilities.
Calumny: the making of false and defamatory statements about someone in order to damage their reputation.
Hence Slur and Calumny are synonyms to each other.

Direction (11-12): In the following questions, out of the four alternatives, choose the word which is opposite in meaning to the given word and click the button corresponding to it.

S11. Ans.(a)
Sol. Defunct: no longer existing or functioning.
Extant: still in existence; surviving.
Hence Defunct and Extant are antonyms to each other.

S12. Ans.(c)
Sol. Plaudit: enthusiastic approval.
Reproach: the expression of disapproval or disappointment.
Hence Plaudit and Reproach are antonyms to each other.

Direction (13-15): The questions below consist of a set of labelled sentences. Out of the four options given, select the most logical order of the sentences to form a coherent paragraph.

Q13. But this does not mean
P-phenomena to the body
Q-is a meaningless expression
R-that the reference of mental
(a) QRP
(b) RPQ
(c) QPR
(d) PRQ

Q15. Developing countries
P-should question the rationale
Q-for such a registry ahead
R-of a negotiated outcome on this issue
(a) QRP
(b) PQR
(c) RPQ
(d) QPR

Get Free Study Material For SSC Exams 2018-19
You may also like to read: 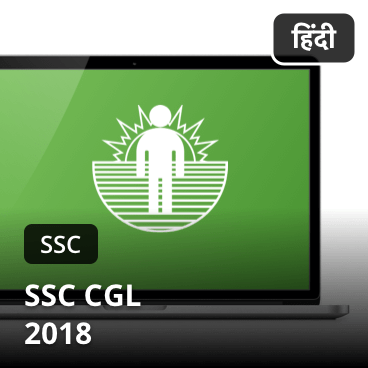