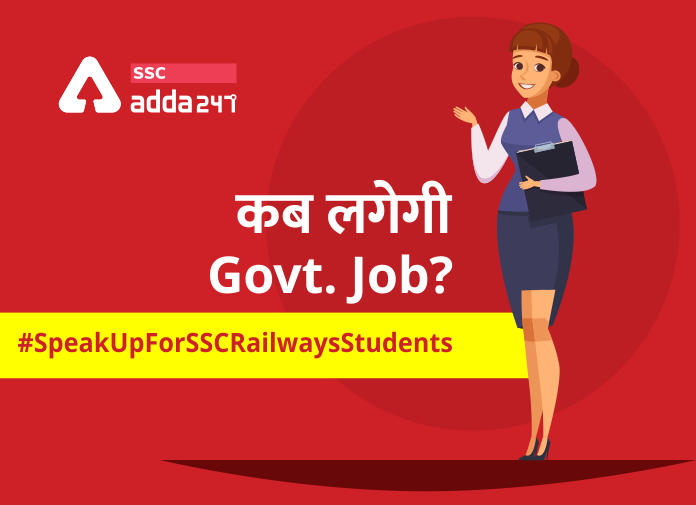 Every year millions of aspirants apply for the govt recruitment exams with a dream of working for the state or central govt. People invest a lot of time and hardship with the aim of cracking these exams. If govt. recruitment agencies like SSC and Railway will not conduct the examination then it would result in wastage of aspirants valuable time and also will lead to huge unemployment. Upcoming aspirants will also lose the trust in these organizations. Students are eagerly waiting for SSC to Announce the SSC CGL 2018 Tier 3 result and for railways to at least announce the exam dates for the RRB NTPC exam. We have launched a petition on change.org requesting SSC to publish the SSC CGL 2018  Tier-3 result and RRB to release the exam dates of the RRB NTPC and Group-D exam.

Reason For The Petition

SSC CGL 2018 Tier 3 was conducted in December 2019. However, SSC has not yet  declared the result. It has been over 8 months since SSC CGL tier 3 exam was conducted. Students are complaining that previously SSC used to take around 1-2 months to check all the copies of tier 3. But this has not been the case for 2018 CGL. There has not been any solid reason given by the commission either for the delay. #SpeakUpForSSCRailwaysStudents

The form filling of Railway NTPC and Group D exam began in early 2019. About 2.5 crore applications were received by railway for various posts in the Indian railway for NTPC and Group D exams. However, no exam has been conducted till now. Leave the exam, even agency (that will conduct exam) has not been formed till now by railway board. The railway board and the government have maintained silence over this exam.

Aspirants can check the RRB NTPC and Group D vacancies and the total no. of vacancies released.

Adda247 appeals to all the readers, to please sign this petition that will help students who have planned a mega twitter campaign on 1st September demanding the declaration of  SSC CGL 2018 Tier 3 result ASAP and demanding railway to release the RRB NTPC and Group- D exam dates.