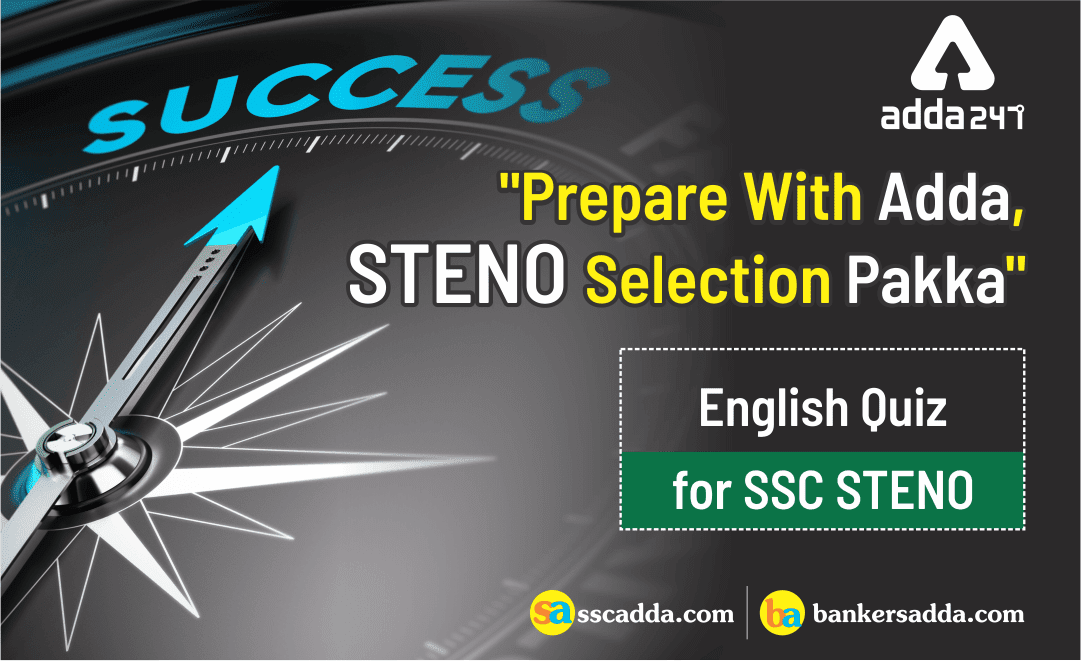 
Be a part of this revised study plan, visit SSCADDA website regularly to add up each day effort in your practice. Today, in this English quiz we are providing 15 English Sentence Completion Questions and Solutions to make your practice effective. Attempt this quiz and prepare yourself flawlessly. We wish you good luck for the upcoming Exams.
Directions (1-15): In the following question, sentences are given with blanks to be filed in with an appropriate word(s). Four alternatives are suggested for each question. Choose the correct alternative out of the four as your answer.

(a) resurrection
(b) revival
(c) resumption
(d) restoration
Show Answer
S1. Ans.(d)
Sol. Resurrection: a supposed act or instance of a dead person coming back to life.
Resumption: the action of beginning something again after a pause or interruption.
Revival: an improvement in the condition, strength, or fortunes of someone or something.
Restoration: the action of returning something to a former owner, place, or condition.
Hence option D fits in the context.

Q2. Put your own house_______ order before preaching others.

(a) within
(b) on
(c) in
(d) to
Show Answer
S2. Ans.(c)
Sol. In order: in the correct condition for operation or use.
Hence option C fits in the context.
Q3. Using different ___________ processes, the pharmaceutical residues in the water were recovered and analyzed.
(a) extrication
(b) extermination
(c) exasperation
(d) extraction
Show Answer
S3. Ans.(d)
Sol. Extrication: the act of releasing from a snarled or tangled condition.
Extermination: killing, especially of a whole group of people or animals.
Exasperation: a feeling of intense irritation or annoyance.
Extraction: the process of removing something, especially by force.
For e.g. The extraction of minerals has damaged the countryside.
Hence option D is the most appropriate choice.
Q4. It was business as usual in Chennai as well, as there was no _________ in the usual peak hour traffic along the city’s arterial roads.
(a) let in
(b) let-up
(c) let on
(d) let-off
Show Answer
S4. Ans.(b)
Sol. Let in (phrasal verb): Let someone or something come in.
Let-up (noun): a pause or reduction in something, usually something bad.
Let on (phrasal verb): reveal.
Let-off (noun): a chance to escape or avoid something, especially defeat.
Hence option B fits in the context.
Q5. The staff at the Frontier lines up in silent admiration as Arjun, proudly _______the gold medal, walks in, takes his seat, and then tries soaking in the place.
(a) crumpling
(b) dangling
(c) rumpling
(d) flinging
Show Answer
S5. Ans.(b)
Sol. Crumple: fall to the ground suddenly.
Dangle: to hold something so that it hangs loosely.
Rumple: give a creased or dishevelled appearance to.
Fling: throw or hurl forcefully.
Hence option B is the correct choice.
Q6. Although we have understood the signals and genes behind the regeneration, the whole pathway and network need to be _______ before trying it out in the mammalian system.
(a) snarled
(b) laced
(c) unravelled
(d) leaked
Show Answer
S6. Ans.(c)
Sol. Snarled: to cause to become knotted and intertwined.
Lace: to fasten or join with or as if with a cord or string.
Unravel: investigate and solve or explain (something complicated or puzzling).
Hence option C is the correct choice.

(a) men of straw
(b) rank and file
(c) men of letters
(d) notorious people
Show Answer
S7. Ans.(b)
Sol. A man of straw (idiom): a man whose character is weak and who lacks definite beliefs
Rank and File (idiom): common man.
A man of letter (idiom): A man who is well-versed in literature and related scholarly pursuits.
Hence option B fits in the context.
Q8. Last week. Our cat gave birth to a litter of kittens, but we did not know where ________
(a) is our cat
(b) our cat was
(c) our cat is
(d) was our cat
Show Answer
S8. Ans.(b)
Sol. The beginning of the sentence is in Past Indefinite Tense, hence the verb or helping verb used afterward will also be in past form. Secondly, structure of the subsequent part will be Sub + H.V/V + ………., not H.V/V  + Subject +….as this is not an interrogative sentence.

Q9.  In a __________ incident, a girl in West Bengal’s Hoogly district accidently shot and critically injured her mother.

Q10. My father has never taken or given a bribe in his life. He is a policeman and has never ________ to any municipal bribery.

(a) slated
(b) pandered
(c) flayed
(d) panned
Show Answer
S10. Ans.(b)
Sol. Slate: criticize severely
Pander: to do or provide what someone wants or demands even though it is not proper, good, or reasonable.
Flay: criticize severely and brutally.
Pan: to criticize.
Option B fits in the context as use of  ‘never’ before it denotes a negative idea to justify which we need an appropriate word with no negative trait.

Q11. Even though I was nervous during my presentation, I tried to project a ___________ of calmness while speaking.

(a) surmise
(b) semblance
(c) veracity
(d) fence
Show Answer
S11. Ans.(b)
Sol. Semblance: an outward appearance of something; an assumed appearance.
Surmise: suspect.
Q12. At that time he ___________ a novel for two months.
(a) had been writing
(b) was writing
(c) had been written
(d) should written
Show Answer
S12. Ans.(a)
Sol. An action that began before a certain point of time in the past and was continuing at the given point of time in the sentence. Time expressions like since last year, for last year/few days are generally put after perfect continuous tense.
Q13. He did not go because he was busy yesterday. I wish he __________with you.
(a) would go
(b) could go
(c) were gone
(d) has had gone
Show Answer
S13. Ans.(b)
Sol. With the word ‘wish’, ‘could’ is used when we wish that something that has happened already should have happened otherwise. Hence option B is the correct usage.
Q14. A pair of broken glasses _____________ on the table.
(a) are lying
(b) is lying
(c) is laying
(d) are laying
Show Answer
S14. Ans.(b)
Sol. A pair of broken glasses is a collective noun which is treated as a singular subject. According to subject verb agreement rule, ‘singular subject’ takes ‘singular verb’ with it. Also Lie: be, remain, or be kept in a specified state.
Lay: put down and set in position for use.
Hence option B is the correct usage.
Q15. How can any ____________ person hope to know what thoughts transpire in so evil a mind?
(a) rational
(b) sober
(c) thinking
(d) negligent
Show Answer
S15. Ans.(a)
Sol. Rational: based on or in accordance with reason or logic.
Hence option A is the most appropriate choice.
You may also like to read: 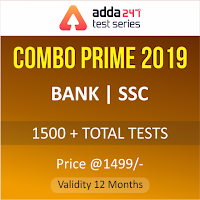 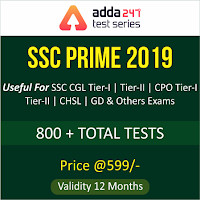