Be a part of this revised study plan, visit SSCADDA website regularly to add up each day effort in your practice. SSC CGL and CPO Exam dates can surprise you anytime soon. It is time to knuckle down to get your dream job, Today, in this English quiz we are providing 15 English Sentence Completion Questions and Solutions to make your practice effective. Attempt this quiz and prepare yourself flawlessly. We wish you good luck for the upcoming Exams.
Directions (1-15): In the following question, sentences are given with blanks to be filed in with an appropriate word(s). Four alternatives are suggested for each question. Choose the correct alternative out of the four as your answer.

Q1. To ease unrest in our company, the boss made a speech to ___________ policy changes were coming.
(a) repudiate
(b) aver
(c) confute
(d) arraign
Show Answer
S1. Ans.(b)
Sol. Aver: to verify or prove to be true in pleading a cause.
Repudiate: to reject as untrue or unjust.
Confute: to overwhelm in argument.
Arraign: to find fault with; censure.
Hence option B is the correct choice

Show Answer
S2. Ans.(b)
Sol. Semblance: an outward appearance of something; an assumed appearance.
Surmise: suspect.
Hence option B is the correct choice.

Show Answer
S5. Ans.(d)
Sol. Careen: to move swiftly in an uncontrollable manner, sometimes from one side to another side.
Hence option D is the correct choice.

Show Answer
S6. Ans.(d)
Sol. Restraint means a rule or an agreement that prevents something from growing or increasing.
Depict: portray in words; describe.
Enforce: cause (something) to happen by necessity or force.
Exercise: an action or actions intended to improve something or make something happen.
But as a request is made, only option D fits in the context.

Q7. Mary and Peter hope counseling will help them repair the _________ in their marital union
(a) rupture
(b) composition
(c) endearment
(d) rasp

Show Answer
S7. Ans.(a)
Sol. Rupture: a breach of a harmonious relationship.
Hence option A is the correct choice.

Show Answer
S8. Ans.(c)
Sol. Here ‘upon’ is used as more formal term for ‘on’, especially in abstract senses.
Hence option C is the correct choice.

Show Answer
S10. Ans.(d)
Sol. Resurrection: a supposed act or instance of a dead person coming back to life.
Resumption: the action of beginning something again after a pause or interruption.
Revival: an improvement in the condition, strength, or fortunes of someone or something.
Restoration: the action of returning something to a former owner, place, or condition.
Hence option D fits in the context.

Show Answer
S11. Ans.(c)
Sol. In order: in the correct condition for operation or use.
Hence option C fits in the context.

Show Answer
S12. Ans.(a)
Sol. Quashed: reject as invalid, especially by legal procedure.
Squashed: crush or squeeze (something) with force so that it becomes flat, soft, or out of shape.
Hence option A is the correct choice.

Show Answer
S13. Ans.(d)
Sol. Simulation: a situation or event that seems real but is not real, used especially in order to help people deal with such situations or events.
Emulation: effort to match or surpass a person or achievement, typically by imitation.
Hence option D fits in the context.

Show Answer
S14. Ans.(a)
Sol. Marginal: relating to or at the edge or margin.
Hence option A is the correct choice.

Show Answer
S15. Ans.(a)
Sol. Incensed: very angry; enraged.
Estranged: (of a person) no longer close or affectionate to someone; alienated.
Disparaged: regard or represent as being of little worth.
Hence option A is the correct choice.


Click here to know all about SSC CGL 2018 Exam 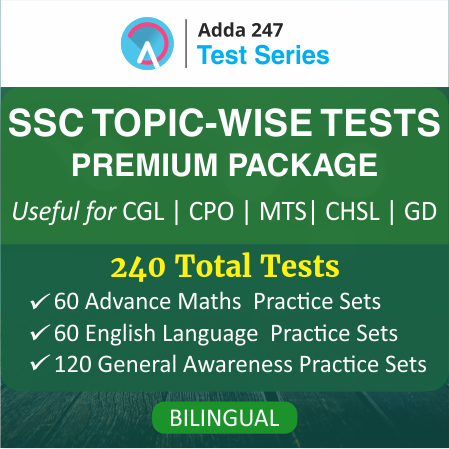