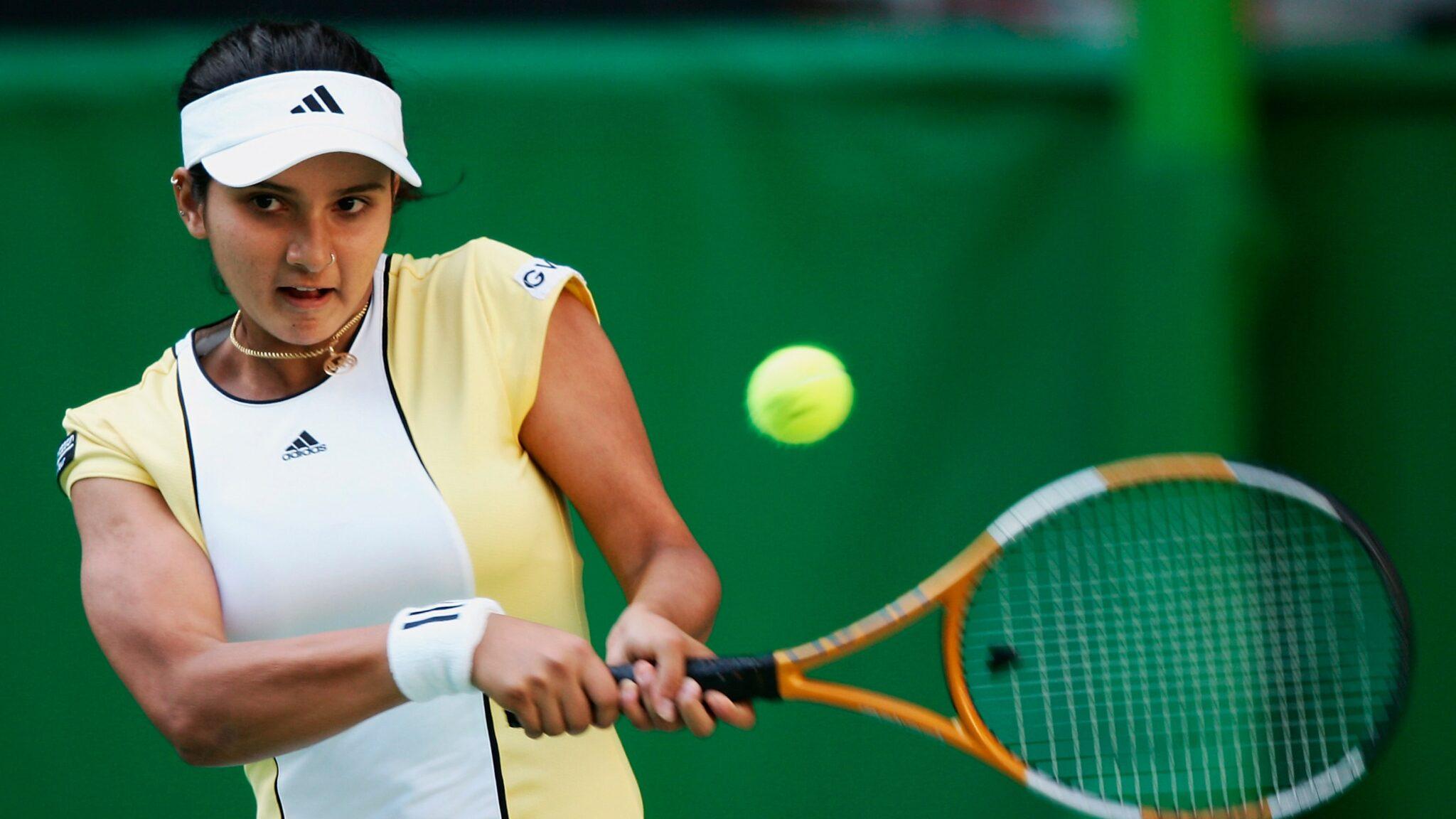 Sania Mirza is a professional tennis player from India. Sania Mirza was born on November 15, 1986. She has won six major championships as a former No. 1 in doubles, including three in women’s doubles and three in mixed doubles. She had the No. 1 singles ranking in India according to the Women’s Tennis Association from 2003 till her retirement from singles in 2013. Mirza has made a name for herself as one of India’s most well-known, lucrative, and significant athletes during the course of her career.

● Sania Mirza was born in Mumbai on November 15, 1986, to Hyderabadi Muslim parents Imran Mirza and Naseema Mirza, who both worked in the printing industry.
● She and her younger sister Anam were upbringed in a devout Sunni Muslim home in Hyderabad shortly after her family relocated there shortly after her birth.
● Mohammad Asaduddin, a cricket player and the son of former India national cricket team captain Mohammad Azharuddin, is married to Anam.
● She is a distant relative of the former cricket captains of Pakistan and India, Asif Iqbal and Ghulam Ahmed.
● At the age of six, she started playing tennis. Her father and Roger Anderson have both coached her.
● She went to Hyderabad’s Nasr School. Later, she received her degree from St. Mary’s College in Hyderabad.
● On December 11, 2008, the Dr. M.G.R. The Educational and Research Institute in Chennai awarded Mirza an honorary doctor of letters degree. In addition to tennis, Mirza excels in the sports of swimming and cricket.

● Sania Mirza and Sohrab Mirza got engaged in 2009. But soon later, the wedding was cancelled.
● She married Shoaib Malik on April 12, 2010, at the Taj Krishna Hotel in Hyderabad, India, in accordance with Pakistani wedding traditions and for a mahr of 6.1 million (US$137,500).
● They celebrated their Walima at Sialkot, Pakistan.
● On April 23, 2018, the couple posted a social media announcement about their first pregnancy. Izhaan Mirza Malik, the son of Sania Mirza and Shoaib Malik was born in October 2018.

● Sania Mirza started playing tennis when she was six years old. She received her father’s coaching, and as a young player, she won 10 singles titles and 13 doubles titles, including the 2003 Wimbledon Championships and the 2003 Afro-Asian Games.
● Sania Mirza won her first WTA doubles championship at the 2004 AP Tourism Hyderabad Open, making history as the first Indian woman to accomplish so.
● Sania Mirza won six ITF singles championships in that year.
● Sania Mirza was given the WTA Newcomer of the Year as a result of her outstanding performance in the 2005 season.
● The 2006 Australian Open saw Mirza receive a seeding, making her the first Indian woman to do so.
● Sania Mirza won the doubles title at the Banglore Open. At the Doha Asian Games in December 2006, she won three medals: gold in mixed doubles and silver in women’s singles and teams.
● She performed at her best during the 2007 summer hardcourt season, placing eighth in the US Open Series standings and reaching her greatest singles world ranking of No. 27. In 2007, she won four doubles championships.
● Sania Mirza was hampered by a string of wrist problems throughout 2008, which forced her to retire from a number of matches, including US Grand Slams and the French Open.
● Sania Mirza won her first Premier Mandatory title at Indian Wells in 2011 and her first Australian Open Grand Slam Doubles championship at the 2009 Australian Open.
● Sania Mirza won the Family Circle Cup doubles title in the same year.
● India was able to advance to the Fed Cup Asia/Oceania Zone Group I for 2013 thanks to her outstanding performance at the Fed Cup in Shenzhen with Isha Lakhani.
● She won the doubles title at the 2013 Dubai Championships together with Mattek-Sands. Mirza won five WTA titles in 2013 while working with several athletes. She came in second place at the Porsche Open and won the 2014 Portugal Open doubles championship.
● She and Black placed second at the Porsche Tennis Grand Prix in 2014 and she won the doubles title at the Portugal Open that year.
● The Mutua Madrid Open, the Internazionali BNL d’Italia, and the French Open were the following clay tournaments where the pair achieved three straight quarter final finishes, however they were unable to claim any of the trophies.
● She competed in the mixed doubles at the 2014 US Open alongside Bruno Soares, with whom she eventually won the mixed doubles title.
● She took home two medals from the 17th Asian Games in Incheon, South Korea: a gold and a bronze. She and Prarthana Thombare took home the bronze in the women’s doubles competition.
● At the WTA Finals, Black and Mirza achieved their biggest victory together. The pair’s final loss was the worst one ever.
● She has several victories and defeats over the years, reaching a career high in 2015. She made history by being the first Indian to hold the top spot in the WTA doubles rankings. She took maternity leave in 2018 and returned with a flourish in 2020.
● In January 2020, she and Nadiia Kichenok won the Hobart International. Mirza declared her retirement in 2022 due to the deterioration of her physique.

Tennis superstar Sania Mirza revealed that she would stop competing after the current 2022 season because of physical wear and tear. The news was made following her defeat in the Australian Open women’s doubles first round on January 19, 2022. She made it plain, though, that the first-round defeat was not what precipitated the choice.

● Sania Mirza has a net worth of $25 million as of 2022. This includes her endorsement contracts and prize money.
● The total prize money earned by Sania Mirza on the WTA Tour is $6,963,060.
● Sania Mirza is the official brand ambassador of Telangana State. Additionally, she has endorsed Bond or Band, Sprite, and Adidas.

3. What nationality of Sania Mirza is from?
Ans. Sania Mirza, an Indian, competes for her country in international sporting competitions.

4. How rich is Sania Mirza?
Ans. Sania Mirza’s net worth is $25 million as of 2022. This includes her prize money earnings and endorsement deals.

5. How many gold medals Sania Mirza won?
Ans. A total of 14 medals, including six golds, have also been won by Mirza at three significant multi-sport competitions, namely the Asian Games, the Commonwealth Games, and the Afro-Asian Games.