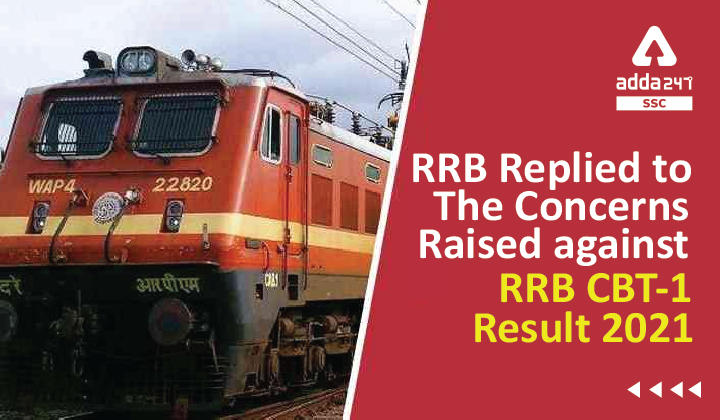 Railway Recruitment Board has released the RRB NTPC CBT 1 result on 14th January 2022 on the official website. The candidates who appeared for the exam was eagerly waiting for the result from long time. The RRB NTPC CBT 1 examination was conducted in 7 different phases across the country beginning from 28th December 2020 to 31st July 2022. The total number of candidates who appeared for the examination is approximately 1,26,30,885 for a total of 35281 various vacancies under railways. The result has been declared zone-wise on their respective zonal websites.

After the declaration of the result, some candidates have raised concerns over the process of shortlisting candidates for the second stage of the ongoing recruitment examination under RRBs Centralized Employment Notice (CEN) No. 01/2019 (for Non-Technical Popular Categories – Graduate and Undergraduate) – results. In order to address these concerns, the Ministry of Railways clarifies it in a released notice.

The candidates have released their concerns on some of the issues raised by them as follows:

1. Candidates have expressed concern on level-wise and post-wise result declaration.

Explanation: The detailed information regarding the selection procedure and shortlisting for the second stage has already been mentioned in the original notification i.e., CEN 01/2019 published on 28th February 2019. The notification includes the employment for 13 categories for graduates out of which 6 are for undergraduates. Every candidate was free to apply for these 13 categories according to the mentioned eligibility. The result declared is strict as per the provision laid down in notification.

2. Concerns have been expressed that the Railway Board had in the exam notification mentioned that CBT stage 1 will be qualifying exam and candidates 20 times the vacancies will be shortlisted for CBT 2.

Explanation: As the first stage CBT is common for all the categories and groups. The notification clearly states that in the second stage of CBT there would be a separate examination for each group (viz., Levels 2, 3, 4, 5, and 6) with differing graded levels of difficulty.

3. Shortlisting should be done for 7 lakh candidates not 7 lakh roll numbers.

Explanation: It is nowhere mentioned that 7 lakh distinct candidates will be shortlisted for 2 stages CBT.

4. RRBs have shortlisted candidates only 4-5 times of notified vacancies.

5. Ten candidates used to fight for one post now one candidate will fight for 10 posts.

Explanation: In the final selection total of 35000 notable candidates will be selected and the required candidates will be appointed against only one post depending upon the mentioned criteria and preference. No post will remain vacant after the completion of the recruitment process.

6. Some candidates have been declared qualified for more than one level.

Explanation: Since each level will have separate 2 stages CBT with graded difficultly candidate who has been shortlisted for the higher-level post cannot be debarred from appearing in CBT of lower-level if the candidate
otherwise coming in merit.

Explanation: The Cutoffs have been prepared on the basis of normalized marks. The cut-off is normally higher than the raw score. The cut-off marks depend on the number of vacancies notified for that level/post.

Explanation: The integration of recruitments for Graduate and 10+2 level posts has been done to save time and energy. Also, standards of CBT 1 have been kept at 10+2 level so as to not to put disadvantage to 10+2 level students and it is only in CBT 2 that standards will be different levels.

The candidates can go through the official notice released by the commission regarding the candidate’s result concerns from the link provided below. 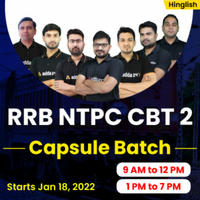