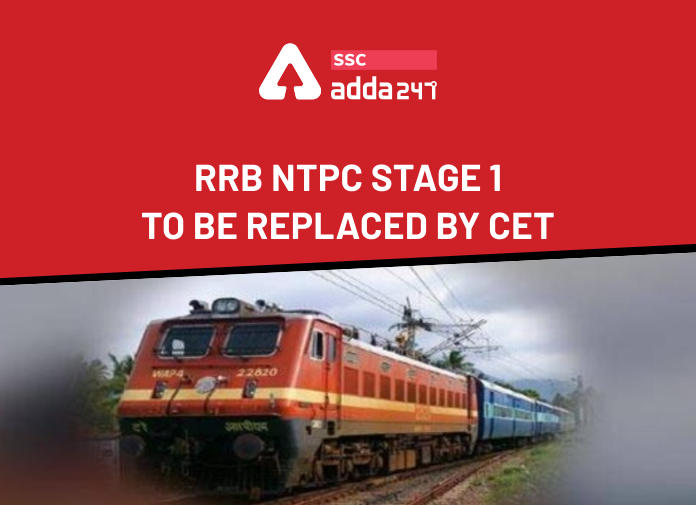 National Recruitment Agency aims to shortlist candidates for Group B and C Non-Technical posts in Central Government. Railway Recruitment Boards conduct RRB NTPC Exam for the recruitment of Non-Technical Popular Categories Graduate and Undergraduate Posts. Therefore, the Tier-I exam of this recruitment will be conducted by the NRA.

For Non-Technical Posts, CET will replace the Tier-1 exam held by Railway Recruitment Boards. RRB NTPC Recruitment Process includes 1st Stage Computer Based Test (CBT), 2nd Stage Computer Based Test (CBT), Typing Skill Test/Computer Based Aptitude Test (as applicable) and Document Verification/Medical Examination. Only 1st Stage CBT will be replaced by NRA through CET. The test will be a Multiple Choice Objective Type Question Paper. Candidates who fail to qualify will be screened out during CET. Based on CET Score, final selection to be made through separate specialized Tier-2/Tier-3 Exams conducted by Railway Recruitment Board.

the candidates who have the NRA CET rank, will directly have to appear for Tier-II/III of the exam conducted by RRB. The CET is going to be conducted twice every year and the standard curriculum will be followed. The score will be valid for three years. Since there is no limitation to the number of times the candidates can appear for CET, they can appear even after acquiring the CET score. The best score within three years will be considered for recruitment by the different recruitment boards as well as for RRB NTPC 2020.

CET by NRA in 3 Levels

Currently, Railways conduct separate examination for graduate and undergraduate posts. The common eligibility test will also be conducted under 3 levels, separately for 10th pass, 12th pass, and graduate levels. The difficulty level of all the three levels will vary according to the standard curriculum to be followed based on the qualification. The syllabus for the exam is yet to be notified for CET by the government.

RRB Exams to be covered under NRA CET