Q6. Select the pattern from the given options that resembles closest to :

Q7. Which answer figure will come next in the given problem figure series?
Problem Figures :

Q9.
Statement : The State Government has decided to declare “Kala Azar” as a notifiable disease under the Epidemics Act. 1987 . Family members or neighbors of the patient are liable to be punished in case they do not inform the state authorities.
Courses of Action :
I) Efforts should be made to effectively implement the Act.
II) The cases of punishment should be propagated through mass media so that more people become aware of the stern action.

Q10.
Statement : Every year, at the beginning or at the end of the monsoons, we have some cases of conjunctivitis, but this year it seems to be a major epidemic witnessed after nearly four years.
Courses of Action :
I) Precautionary measures should be taken after every four years to check this epidemic.
II) People should be advised to drink boiled water during winter season. 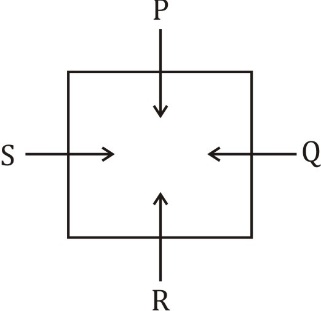 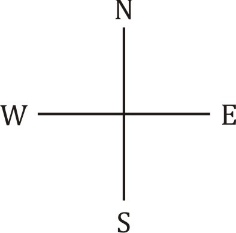 S8. Ans.(c)
Sol.
Except figure ‘3’. All other have arrow in clockwise direction.

S9. Ans.(d)
Sol.
When the Government takes such an action it is necessary that people are made aware of the consequences they would face if they do not obey the directive. Hence II follows. I is obvious.

S10. Ans(c)
Sol.
Against an epidemic, precautionary measures should be taken every year and not every four years. Hence I does not follow. II is not a preventive action against conjunctivitis. Hence II also does not follow.