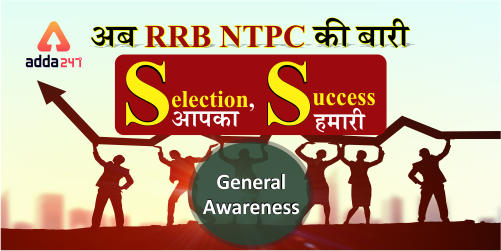 Q1. Which is the largest organ in human beings?
(a) Skin
(b) Large Intestine
(c) Small Intestine
(d) Liver

Q3. The process of pollination by birds is also known as –
(a) Hydrophily
(b) Entomophily
(c) Embryophily
(d) Ornithophily

Q4. Who was elected as the permanent President of the Muslim League in 1908 ?
(a) NawabSalimullah
(b) Syed Ahmad Khan
(c) Aga Khan
(d) Syed Amir Ali

Q7.”Betting and gambling” is listed in the __________ list given in the Seventh Schedule in the Constitution of India.
(a) Union
(b) State
(c) Global
(d) Concurrent

Q10. Ganga is a result of confluence of rivers Bhagirathi and Alakananda at which place?
(a) Deva Prayag
(b) Karan Prayag
(c) Gangotri
(d) Rudra Prayag

S1.Ans.(a)
Sol. The skin is the largest organ of the body, with a total area of about 20 square feet. The skin protects us from microbes and the elements, helps regulate body temperature, and permits the sensations of touch, heat, and cold.
S2.Ans.(b)
Sol. Delonix regia Rafin is the scientific name of Gulmohar.
S3. Ans.(d)
Sol. Ornithophily or bird pollination is the pollination of flowering plants by birds.
S4.Ans.(c)
Sol. Sir Sultan Muhammad Shah (Aga Khan III) was appointed the first Honorary President of the Muslim League. The headquarters were established at Lucknow.
S5.Ans.(b)
Sol. Jamanlal Bajaj founded the Satyagraha Ashram at Wardha in 1921.
S6.Ans.(a)
Sol. The Al-Hilal was a weekly Urdu language newspaper established by the Indian leader Maulana Abul Kalam Azad and used as a medium for criticism of the British Raj in India. The first issue came out on 13 July 1912.
S7. Ans.(b)
Sol.“Betting and gambling” is listed in the State list given in the Seventh Schedule in the Constitution of India.
S8.Ans.(b)
Sol. Dr. Bhimrao Ramji Ambedkar was on 14th April 1891 at Mahu in Madhya Pradesh of India. Bhimrao Ramji Ambedkar, also known as Babasaheb, was an Indian nationalist, jurist, Dalit, political leader, activist, philosopher and thinker. He is first law Minister of india.
S9. Ans.(b)
Sol. The biggest Island of the Indian ocean is Madagascar. Madagascar, officially the Republic of Madagascar and previously known as the Malagasy Republic, is an island country in the Indian Ocean, off the coast of Southeast Africa.
S10. Ans.(a)
Sol. Bhagirathi and Alaknanda meet at Devaprayag and the joint stream is called Ganga. Devaprayag is situated in Tehri Garhwal district of Uttarakhand.