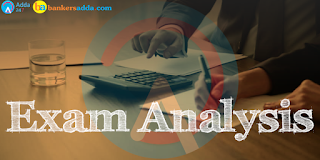 Yesterday Railways has conducted the Aptitude (Psycho) test for the post of Assistant Station Master and we came across a lot of students who have been asking about what all Railways has asked in the examination. The paper was not tough at all and all the students with basic reasoning skills can attempt well in these tests. We are Providing the analysis of the exam so that you can have the idea of what all they have asked. There was no negative marking which made the students to answer all the questions.
Intelligence Test: (10 Minutes, 35 Questions) [Good Attempts:28-30]
In this part of the test, 5 figures were given and students had to pick the Odd One Out of the five. These types of questions are frequent in SSC Exams and it was on of the easiest part of the papers. Logics were simple and time was sufficient to answer the questions.
Selective Attention Test : Tough (8 Minutes, 30 Questions) [Good Attempts:24-25]
This section was time taking and it built the pressure on the mind of the students. In this part of paper, students were given some random numbers and they had to add all the odd numbers. It was quite tough to figure out the Odd numbers out of the series and then add them. Time was less and students have got 30 Questions to complete in those 8 minutes.
Spatial Scanning Test – (8 Minutes, 40 Questions) 4 Figures 10 quest [Good Attempts:34-36]
This was one of the easiest section where the students were asked to find out the shortest distance between two station. This test was easiest among all and most of the students have attempted these questions. 4 Figures were provided and 10 questions were based on each figure. In the figure, some routes were blocked and students had to be careful while getting the shortest route out of the multiple routes.
Information Ordering Test (10 Minutes, 25 Questions) [Good Attempts: 21-23]
In this test, the students were given some information and based on those info, students were to order the information based on priority. 10 minutes were more than sufficient for those 25 questions.
Personality Test: (12 Minutes, 35 Questions) [All the questions were necessary as it was meant to judge the personality]
These questions were based on traits we carry and variety of questions were asked based on our choices we make. These questions were easy and the answers will reflect the personality we reflect.
Though the Paper was easy, but few students felt that their attempts are very less. We wish you all the very best and hope that you will clear this exam.