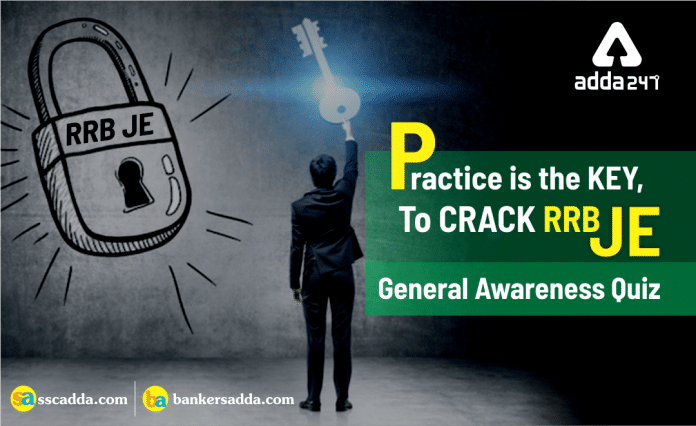 Dear Readers, GA section is taken on the light note but plays a vital role in achieving the score required to cross the cut off marks.We are providing important Static Awareness Questions for this, it will help you to score good in GA section if you regularly follow the contents provided on scaffold website and adda247 app regarding general knowledge important questions.We wish you the best wishes for all the upcoming exams.

Validity
699 49/month
BUY NOW
Show Answer
S1. Ans.(d)
Sol. Bhawai is a folk dance with swaying and twirling movements that is performed by women from certain tribes from the state of Rajasthan.Bhavai dance is often misinterpreted from ‘Bhavai’ which is a folk theatre form of Gujarat.

Show Answer
S3. Ans.(d)
Sol. Kalyan Singh is the Governor of Rajasthan since 4 September 2014. He took additional charge of Himachal Pradesh replacing Urmila Singh, whose five-year term ended on 24 January 2015. Prior to that, he was an Indian politician from the state of Uttar Pradesh.

Show Answer
S4. Ans.(b)
Sol. Armenia is located in the southern Caucasus and is the smallest of the former Soviet republics. It is bounded by Georgia on the north, Azerbaijan on the east, Iran on the south, and Turkey on the west. Yerevan, the capital of Armenia, is marked by grand Soviet-era architecture. Currency of Armenia Dram.

Show Answer
S5. Ans.(b)
Sol. Earth Day is an annual event, celebrated on April 22, on which day events worldwide are held to demonstrate support for environmental protection. It was first celebrated in 1970, and is now coordinated globally by the Earth Day Network and celebrated in more than 193 countries each year.

Show Answer
S6. Ans.(d)
Sol. The Making of the Mahatma (1996) is a joint Indian – South African produced film, directed by Shyam Benegal, about the early life of Mohandas Karamchand Gandhi during his 21 years in South Africa. The film is based upon the book, The Apprenticeship of a Mahatma, by Fatima Meer.

S8. Ans.(c)
Sol. Harivansh Narayan Singh is an Indian journalist and politician, who is the current Deputy Chairman of the Rajya Sabha, the upper house of the Indian Parliament.

Show Answer
S9. Ans.(c)
Sol. In 1994, the UN General Assembly proclaimed 16 September the International Day for the Preservation of the Ozone Layer, commemorating the date of the signing, in 1987, of the Montreal Protocol on Substances that Deplete the Ozone Layer.

Show Answer
S10. Ans.(d)
Sol. The Pushkar Fair (Pushkar Camel Fair) or locally Pushkar ka Mela is an annual five-day camel and livestock fair held in the town of Pushkar in the state of Rajasthan, India. It is one of the world’s largest camel fairs.