Railway recruitment board is responsible for conducting all RRB exams across India. Railway Jobs is one of the most demanding jobs for government job aspirants. Various RRB exams are conducted by Railways throughout the year. Let’s take a look at the major RRB notifications released and the upcoming RRB examinations. This article will give you an insight into the RRB eligibility criteria, notifications, selection process, pay scale etc.

RRB Exams To Be Conducted in The Upcoming Months

RRB exams to be conducted in the upcoming months include RRB NTPC, RRB Group D and RRB Ministerial And Isolated Categories. The notifications were released in the year 2019 and the exam date is yet to be released. Check out the upcoming RRB exams:

RRB Exams: Exams conducted and notifications released in the past 2 years

This part is qualifying in nature.

RRB releases the recruitment notification under the Non-Technical Popular Categories to recruit various posts for undergraduates and graduates.

The RRB NTPC stage 1 consisting of 40 questions from General Awareness, and 30 each from Mathematics & General Intelligence & Reasoning with 90 minutes time duration.

The RRB NTPC stage 2 contains 50 questions from General Awareness and 35 each from Mathematics & General Intelligence & Reasoning with time duration of 90 minutes.

The typing test will be held to check the typing skills of the candidates for the mentioned posts.

The Question Paper for Single Stage CBT will be of 90 minutes duration for 100 Multiple Choice questions and 120 minutes for PwBD candidates who are availing the Scribe facility. 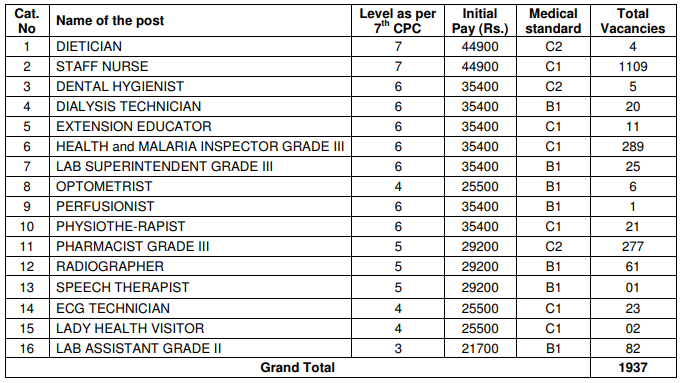 The Educational Qualifications, age limit and pay scale varies as per the post.

There is a single stage Computer Based Test (CBT). The Question paper for Single Stage CBT will be of 90 minutes duration for 100 questions.