RRB Bhopal: Railway Recruitment Board Bhopal or RRB Bhopal came into being in the year 1982 and since the year 1998, it came under the Railway Recruitment Control Board (RRCB) along with other RRBs in India. The set up done by the Railways Board was to streamline the RRB’s working. RRB is expected to conduct the exams tentatively from 15 December 2020. RRB Bhopal is responsible for recruiting staff in different categories such as Technical, Non-Technical, medical posts, and many others.

After the candidates have passed the first examination, a number of other processes are followed depending upon the positions applied for. It can be a second written test, an interview, or even a medical test.

After the candidates have passed through the different tests, the eligible candidates are called by RRB Bhopal for counseling after which they are posted to the required vacancies and areas.

The candidates suitable for RRB Bhopal NTPC are selected through three stages.

This is the first test and it can be described through the below chart.

Again marks will be provided based on normalization and there are negative markings in the exam.

The questions will be different for people applying for different posts.

Typing Test is the next stage for the recruitment process. Candidates who have applied for the Station Master and Traffic Assistant also have to go for the Computer Based Aptitude Test.

The last stage is the document verification of the candidates who have qualified in all the tests.

The candidates have to go for a written test and then a Physical Test.

There are two activities that the candidates need to qualify in:

Candidates can download the RRB Bhopal admit card by following these steps: 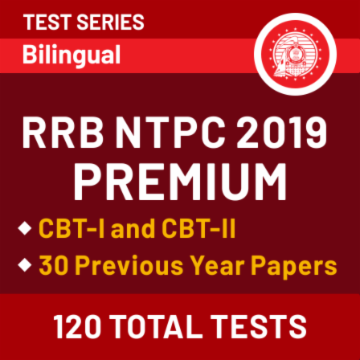