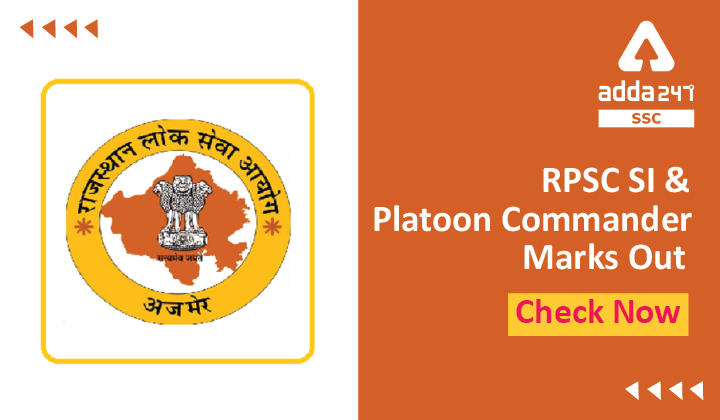 Rajasthan Public Service Commission has released the marks for the Sub Inspector and Platoon Commander on the official website on 10th February 2022. The candidates who have appeared for the examination from 13th September to 15th September 2021. The total number of vacancies released is 859. The exam was conducted i two shifts. The commission has released the marks for the candidates who appeared in the examination. In this article, we are providing the details regarding the RPSC SI & Platoon Commander Marks.

RPSC has released the marks for SI and Platoon on the official website. The candidates who have appeared for the exam can check their marks from the direct link provided below.

The selection process for Rajasthan Police Recruitment for SI  is provided below.