Q4. If a mirror is placed on the line MN, then which of the answer figures is the right image of the given figure?

Q6. Identify the diagram that best represents the relationship among the given classes.
Football, Volleyball, Outdoor Games, Carrom.

Q7. Aarush’s birthday is on Thursday 27th April. On what day of the week will be Mitul’s Birthday in the same year if Mitul was born on 28th September?
(a) Monday
(b) Thursday
(c) Wednesday
(d) Tuesday 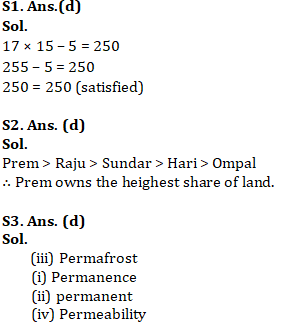 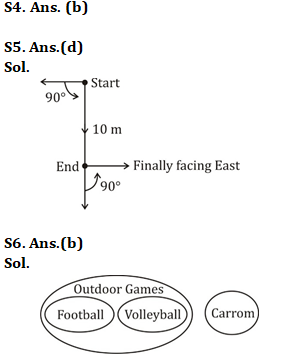 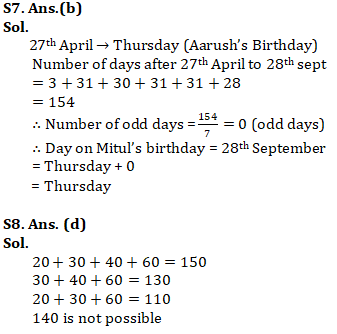 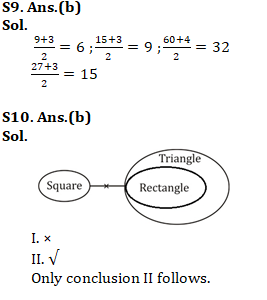