Q1. Select the related word from the given alternatives.
Clock : Time : : Thermometer: ?
(a) Heat
(b) Radiation
(c) Energy
(d) Temperature

Q3. In the following question, three of the following four are alike in a certain way and so form a group. Which is the one that does not belong to that group?
(a) Pen
(b) Calculator
(c) Pencil
(d) Ink

Q4. Sohan introduces Mohan as the son of the only brother of his father’s wife. How is Mohan related to Sohan?
(a) Cousin
(b) son
(c) Uncle
(d) Son-in-law

Q5. Find the missing character in the following figure. 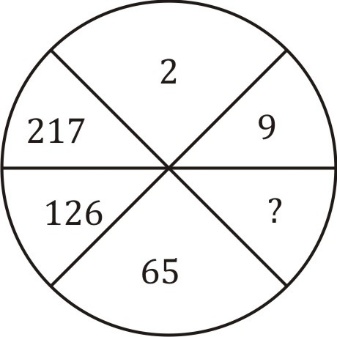 Q6. Select from the given diagrams, the one that illustrates the relationship among the given three classes: Judge, Thief, Criminal.

Q8. Choose the alternative which is closely resembles the mirror image of the given combination.

Q9. The questions that follow contain a set of three figures X, Y and Z showing a sequence of folding of a piece of paper. Figure (Z) shows the manner in which the folded paper has been cut. These three figures are followed by four answer figures from which you have to choose a figure which would most closely resemble the unfolded form of fig. (Z) 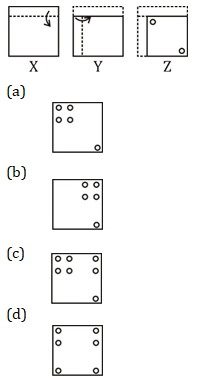 S3. Ans. (b)
Sol. Pen, Pencil and ink are items of stationery whereas Calculator is not.

S6. Ans. (c)
Sol. All thieves are criminals, but judge is entirely different.