Q4. Three of the following four letter-clusters are alike in a certain way and one is different. Pick the odd one out. (4 June Shift 3 )
(a) MZLY
(b) KXJW
(c) GESO
(d) IVHU

Q6. The sequence of folding a piece of square paper (figures X and Y) and the manner in which the folded paper has been cut (figure Z) are shown. How will the paper appear when unfolded? (4 June Shift 3 ) 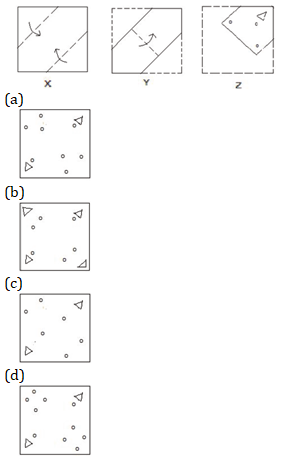 Q8. Three of the following four word pairs are alike in a certain way and one is different. Pick the odd work out. (4 June Shift 3 )
(a) Bangladesh : Taka
(b) South Korean : Rupiya
(c) Russia : Ruble
(d) Malaysia : Ringgit

Q9. Select the option in which the given figure is embedded. (4 June Shift 3 )

Q10. Select the figure that will come next in the following figure series.  (4 June Shift 3 ) 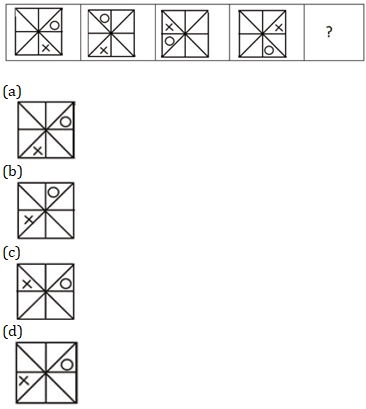 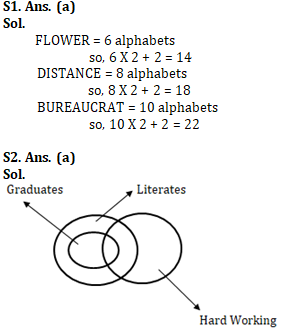 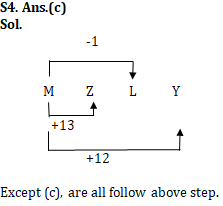