Here we are providing a Reasoning quiz in accordance with the syllabus of SSC CGL /MTS / CPO Tier-I, This post comprises 15 Questions of Miscellaneous Questions which will really help you get more marks in the final exam.


Direction (3-4) : In each of the following questions, choose the missing term from the given alternatives.


Q4. Find the missing number in the below figure?


Directions (5): In this question, arrange the given words in a meaningful sequence and then choose the most appropriate sequence from amongst the alternatives provided below each question:


Q8. How many odd numbers are there in the sequence which are immediately preceded and also immediately followed by an even number?
(a) 1
(b) 2
(c) 3
(d) 4


Q10. How many even numbers are there in the sequence which are immediately preceded by an odd number but immediately followed by an even number?
(a) 1
(b) 2
(c) 3
(d) 4


Q12. Kashish is mother-in-law of Anushka who is sister-in-law of Jai. Shubham is father of Sandeep, the only brother of Jai. How is Kashish related to Jai?
(a) Cousin
(b) Wife
(c) Mother-in-law
(d) None of these


Q14. If in a certain language, REMOTE is coded as ROTEME, which word would be coded as PNIICC?
(a) NPIICC
(b) PICCIN
(c) PINCIC
(d) PICNIC

We infer from the venn diagram, Only either I or III follows. 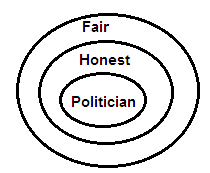 We infer from the venn diagram, Only I and III follow.

Kashish is mother of Jai


S14. Ans.(d)
Sol. The groups of second and third letters and fourth and fifth letters in the word interchange places in the code.