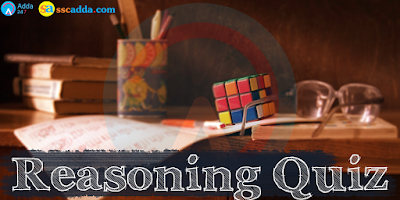 Dear students only 1 month is left and for SSC CGL(Tier-I) Exam 2017 we have provided 60 Days Plan, Today is the 30th Day of plan, so according to that plan we are providing miscellaneous of Syllogism & Blood Relation Reasoning quiz in accordance with the syllabus of SSC CGL Tier-I. Daily we will follow this plan which will really help you in getting more marks in the final exam.

Q’s mother is aunt of T.

Q5. Pointing to a lady in the photograph, Shruti said, “Her son’s father is the son-in-law of my mother.” How is the Shruti related to the lady?
(a) Aunt
(b) Sister
(c) Mother
(d) Cousin
Ans.(b)
Sol. Lady’s son’s father is lady’s husband. So, the lady’s husband is the son-in-law of Shruti’s mother i.e. the lady is the daughter of Shruti’s mother. Thus, Shruti is the lady’s sister. Hence, the answer is (b).

Q7. Chanda is the wife of Bharat. Mohan is the son of Chanda. Ashish is the brother of Bharat and father of Dhruv. How is Mohan related to Dhruv?
(a) Sister
(b) Cousin
(c) Brother
(d) Mother
Ans.(b)
Sol.

Mohan and Dhruv are cousins.


Q8. Pointing to a photograph, a person tells his friend, “She is the grand- daughter of the elder brother of my father.” How is the girl in the photograph related to this man?
(a) Sister
(b) Niece
(c) Aunt
(d) Sister-in-law
Ans.(b)
Sol. Brother of father – Uncle;
Uncle’s grand-daughter – Daughter of uncle’s son – Daughter of cousin – Niece.


Q9. Pointing towards a girls in the picture, Sonakshi said. “She is the mother of Nimisha whose father is my son.” How is Sonakshi related to the girl in the picture?
(a) Mother
(b) Aunt
(c) Cousin
(d) None of these
Ans.(d)
Sol.


Q11. Looking at a portrait of a man, Abhishek said, “His mother is the wife of my father’s son. Brothers and sisters I have none.” At whose portrait was Abhishek looking?
(a) His uncle
(b) His cousin
(c) His son
(d) His nephew
Ans.(c)
Sol. Since Abhishek has no brother or sister, so he is his father’s only son.
So, wife of Abhishek’s father’s son – Abhishek’s wife.
Thus, Abhishek’s wife is the man’s mother or the man is Abhishek’s son.

Y is brother in law of Q.


Q15. Kajal pointing to a photograph and said, “She is the sister of the father of my only son”. How is the lady in photograph related to Kajal?
(a) Sister-in-law
(b) Aunt
(c) Sister
(d) Data is insufficient 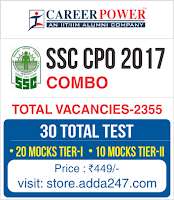