Q1. In a certain code, VISHWANATHAN is written as NAAWTHHSANIV. How is KARUNAKARANA written in that code?
(a) AKNUARRANKA
(b)KAANRAURNAAK
(c) NKKRANKRAUK
(d) RURNKAAUNAK
Ans.(b)
Sol. Divide the word into six sets of two letters each and label these sets from 1 to 6. Then, code contains these sets in the order 4, 3, 5, 2, 6, 1 with the letters of sets 3, 2, 1 written in a reverse order. Thus, we have :

Q2. In a certain code, MONKEY is written as XDJMNL. How is TIGER written in that code?
(a) QDFHS
(b) SDFHS
(c) SHFDQ
(d) UJHFS
Ans.(a)
Sol.  The letters of the word are written in a reverse order and then each letter is moved one step backward to obtain in code.

Which sections are represented by the region numbered 11?

Directions (6-7): In each of the following questions, there is a certain relationship between two given words on one side of : : and one word is given on another side of : : while another word is to be found from the given alternatives, having the same relation with this word as the words of the given pair bear. Choose the correct alternative. 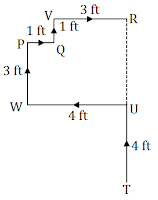 Directions (11-12): In each of the following questions, find the missing term?

Directions (14-15): The number-group in each question below is to be codified according to the following letter codes:

You have to find out which of the answers (a), (b), (c) or (d) has the correct coded from of the given number-group.