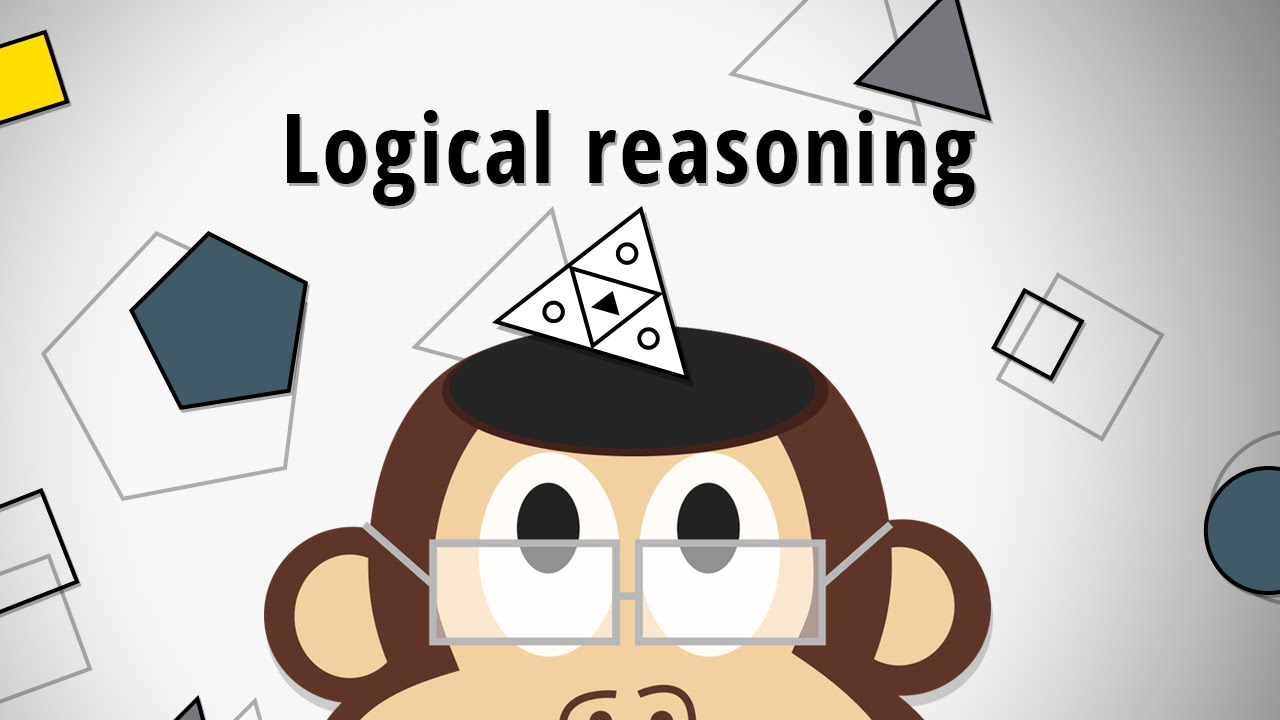 Directions (1-4): Find the odd word/letter/numbers /figure from the given responses.
1.
Reward : Punishment
Object : Permit
Sharp : Blunt
Cold : Cool
Solution:
Cold and cool are relative synonyms. In all other pairs, the two words are antonymous to each other.
2.
ZVRN
UQMJ
SOKG
TPLH
Solution:
In all other option , difference between letters is 4.
3.
52, 68
63, 77
64, 80
50, 66
Solution:
Except in number pair 63, 77 in all other number pairs there is a difference of 16 between the two numbers.
4.
Bangalore
Guwahati
Bhopal
Ranchi
Solution:
All except Guwahati are capital cities.
5. In the year 1988, Independence Day was celebrated on Wednesday, and then this day was celebrated in 1989 on which day?

FGBFXGD
BGBFXJK
FGBUXJK
FGBFXJK
Solution:
R->F, E->G, P->B, I->X, N->J, T->K
11. A statement followed by two assumptions I & II is given. You have to consider the statement to be true even if they seem at variance from commonly known facts and decide which one of the four given alternatives is correct.
Statement: If people are intelligent they should be creative.
Assumptions:
(I) Creativity and intelligence are related.
(II) Creative people are intelligent.
Only I is valid
Only II is valid
Both I and II are valid
Both I and II are invalid
Solution:
Only assumption I is valid Assumption II is mere restatement.
12. Vineet said to Saurav, “Mini is your maternal aunt and my mother is also your maternal aunt and Reeva is my sister”. Now, find out how is Reeva related to Saurav?
Cousin
Brother
Cannot be determined
Nephew
13. Roonie walks a distance of 3 kms towards North, then turns to his left and walks for 2 kms. He again turns left and walks for 3 kms. At this point he turns to his left and walks for 3 kms. How many kms is he from the starting point?
5 Kms
3 Kms
2 Kms
1 Kms
Solution:

MENTION
TERRORISM
INTERIM
MISTER
Solution:
There is no sufficient ‘R’ letter in the keyword.
16. In a joint family there are father, mother, 3 married sons and one unmarried daughter. Of the sons, 2 have 2 daughters each, and one has a son. How many female members are there in a family?
2
3
6
9
Solution:
Female members: Mother, 3 daughters- in- law, one daughter. Four granddaughters. Thus there are 9 female members.
17. Which one set of letters when subsequently placed at the gaps in the given letter series shall complete it?
i j – – j i i – – i j – 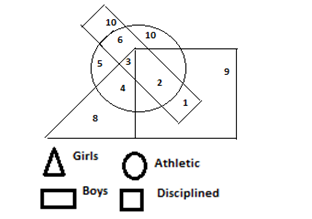 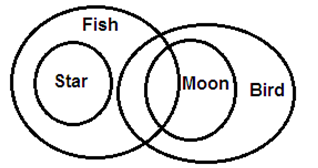 23. Three positions of a dice are given , find out on their basis that which digit will be opposite to ‘2’?

3
5
1
6
Solution:
digit will be opposite to ‘2’ = 6
24. Select a suitable figure from the four alternatives that would complete the figure matrix. 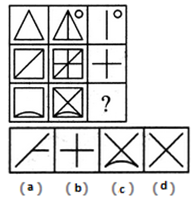 a
b
c
d
Solution:
The third figure in each row comprises of parts which are not common to the first two figures.
25. Find out the alternative figure which contains figure (X) as its part. 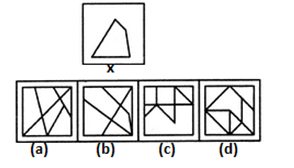