Q2. Ghotaru Place, where natural Gas Reserves are found is in which district of the State?
(a) Nagaur
(b) Tonk
(c) Jaisalmer
(d) Bundi

Q4. Where the nuclear energy station is situated in Rajasthan?
(a) Rawat Bhata
(b) Bersing Sar
(c) Jahazpur
(d) Palana

Q7. Intensive agriculture means –
(a) More Cultivation
(b) Increase in the size of fields
(c) To increase the seasonal crops
(d) To get more production from available area

Q8. In Rajasthan where the Tungsten reserve are found?
(a) Degana
(b) Dariba
(c) Singhana
(d) Sonu

Q10. Which is the main river flowing to Sambar lake in district Jaipur?
(a) Khandel
(b) Rupangarh
(c) Meda
(d) Khari

S1. Ans.(d)
Sol. Luni is the river that emerges from Naga hills of Annasagar (Ajmer) and flows Westward at Jodhpur, Barmer, Jalore and finally merges in Gulf of Kachch. It means “Salt River” in Sanskrit, due to high salinity of its water.

S2. Ans.(c)
Sol. The Fields are part of the Jaisalmer-Mari High basin containing 1. 42 BCM of gas reserves, spread across 100 Km2 and are located in the state of Rajasthan approximately 100 kms north of Jaisalmer, close to the International border with Pakistan. The three gas fields are: Ghotaru, Bankia, Kharatar.

S5. Ans.(c)
Sol. Nachna Camel is the best among others.

S8. Ans.(a)
Sol. Degana in Rajasthan and Chendapathar in West Bengal were the only operative mines of tungsten in India producing meager quantities of concentrate.

S9. Ans.(b)
Sol. The Ranapratap Sagar Dam is a gravity masonry dam of 53.8 meters (177 ft) height built on the Chambal River at Rawatbhata in Rajasthan in India.

Register Here To Get free study material for Rajasthan  Recruitment 2019 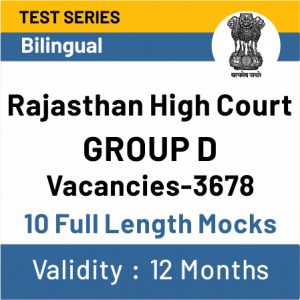 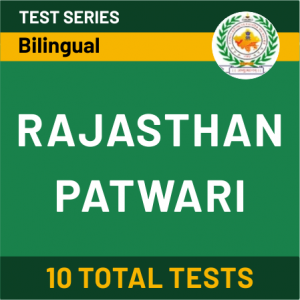