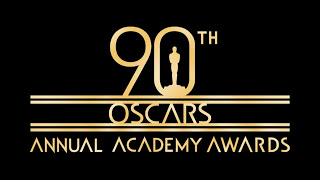 The General Awareness Section of SSC Examination covers numerous sections in it like Economy, Static GK, and Current Affairs. Apart from the GA Section, an excellent knowledge of current news also helps you deal with the PI (Personal Interview) more efficiently so you do not give a mumble jumble answer to the interviewee’s simple questions. Here is a quiz based on Oscar Award 2018 on Current Affairs to let you assess your Current Affairs Knowledge.
Q1. The Annual Academy Awards (also known as Oscar Awards) were held recently in Los Angeles, the USA. This was the ___________ edition of awards ceremony.
(a) 85th
(b) 87th
(c) 90th
(d) 93rd
(e) 95th
Q2. Who was the host of Oscar Awards ceremony 2018?
(a) Billy Crystal
(b) Jimmy Kimmel
(c) Gary Oldman
(d) Jon Stewart
(e) Steve Martine
Q3. In the Oscar Awards 2018, name the picture that has won the top prize in the category of the Best Picture.
(a) Three Billboards Outside Ebbing, Missouri
(b) The Lion Heart
(c) Call Me By Your Name
(d) The Shape Of Water
(e) Blade Runner
Q4. In the Oscar Awards 2018, Best Actress award was given to ______________ for her role in Three Billboards Outside Ebbing, Missouri.
(a) Meryl Streep
(b) Jennifer Lawrence
(c) Frances McDormand
(d) Nicole Kidman
(e) Natalie Portman

Q6. The Academy Awards are a set of 24 awards given annually by the AMPAS. It stands for ___________________.
(a) Academy of Motion Picture Arts and Sciences
(b) Annual Memorenda of Picture Arts and Sciences
(c) Annual Memoire of Picture Arts and Sciences
(d) Academy of Meaningful Picture Arts and Sciences
(e) None of the given options is true
Q7. In the Oscar Awards 2018, __________ won in the category of the Best Animated Feature Film.
(a) Icarus
(b) Coco
(c) Get Out
(d) The Silent Child
(e) Phantom Thread
Q8. In Oscar 2018, name the winner who has become the oldest person to win an Oscar with his award win for best-adapted screenplay for the film ‘Call Me By Your Name’.
(a) Emil Jannings
(b) Warner Baxter
(c) George Arliss
(d) James Ivory
(e) Lionel Barrymore
Q9. The first-ever Academy Awards were held in ________.
(a) 1915
(b) 1929
(c) 1934
(d) 1943
(e) 1912
Q10. In the Oscar Awards 2018, the Best Foreign Language Film was awarded to ‘A Fantastic Woman’. It is from which country?
(a) France
(b) Canada
(c) Mexico
(d) Hungary
(e) Chile
Q11. Name the youngest person in the history of Oscars who won an award for the Best Supporting Actress for film ‘Paper Moon’.
(a) Jodie Foster
(b) Angelina Jolie
(c) Anna Paquin
(d) Tatum O’Neal
(e) Haley Joel Osment
Q12. Name the world’s first hand-painted feature film that has been nominated in the ‘Animated Feature Film’ category at Oscars 2018.
(a) Loving Vincent
(b) The Night Watch
(c) The Persistence of Memory
(d) Sistine Chapel ceiling
(e) Arnolfini Portrait

Q13. Name the first Indian to receive an Oscar award for the Best Costume Design award at the 55th Annual Academy in 1983.
(a) Mehboob Khan
(b) Bhanu Athaiya
(c) Ismail Merchant
(d) Satyajit Ray
(e) Ashvin Kumar
Q14. Which among the following was the first Indian film to be nominated for the Best Foreign Language Film category at the Oscars?
(a) Lagaan
(b) Black
(c) Mother India
(d) Gandhi
(e) Courtroom

Q15. Who is the Director of the Oscar-winning movie ‘The Shape Of Water’.
(a) Clint Eastwood
(b) Martin Scorsese
(c) Christopher Nolan
(d) Gary Oldman
(e) Guillermo del Toro
We will be updating the detailed solutions shortly…