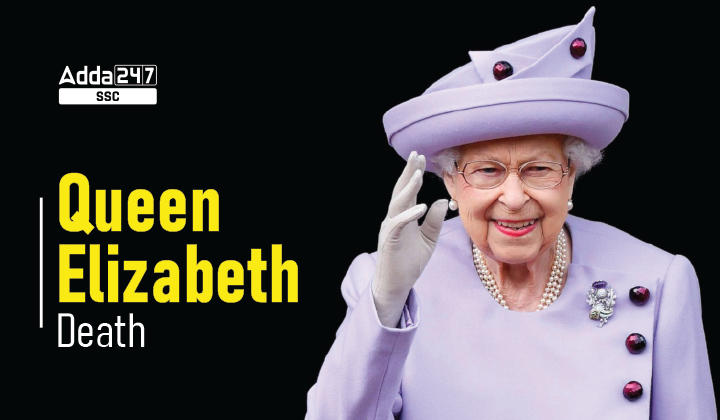 Queen Elizabeth II has died at Balmoral after reigning for more than 70 years. As a monarch, she served the UK for the longest tenure. She was suffering from illness for long time.

Queen Elizabeth Death Age: She died at the age of 96. Queen Elizabeth II’s tenure as monarch of the UK, witnessed post World war austerity, the transition from empire to Commonwealth, the end of the Cold War and the UK’s entry into and withdrawal from the European Union.

Queen Elizabeth Death Time and Date: She died at the age of 96 on 8th September at Balmoral Castle in Scotland.

Queen Elizabeth death comes after months of concern over her ill health and dwindling frame after the passing of her husband last year. It was announced that the Queen died peacefully in her sleep at her home at Balmoral Castle in Scotland during the afternoon of September 8, 2022. It seems that there is possibly evidence of peripheral vascular disease. Peripheral vascular diseases is a blood circulation disorder that causes the blood vessels outside of your heart and brain to narrow, block, or spasm. It can sometimes result in heart failure or multi organ failure.

Elizabeth I Death:
Elizabeth I died on 24 March 1603 at the age of 69 after a reign of 45 years. It is believed that she died by blood poisoning, but a post-mortem at the time wasn’t permitted. So nothing can be claimed with certainty.

She was the first British monarch to accede to the throne after India’s Independence from colonial rule. She praised India’s “richness and diversity”. She made three State visits over the course of her reign i.e. in 1961, 1983 and 1997.

Q. For how many years did Queen Elizabeth served as the Monarch of UK?

Ans. She served for more than 70 years. As such she was longest reigning monarch of the UK.

Q. When did Queen Elizabeth died?

When did Queen Elizabeth II born?

Elizabeth II or Elizabeth Alexandra Mary was born on 21 April 1926.

Where did Queen Elizabeth II born?

For how many years did Queen Elizabeth served as the monarch of UK?

She served for more than 70 years. As such she was longest reigning monarch of the UK.

When did Queen Elizabeth died?