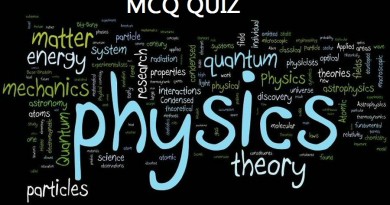 Q1. A diode can be used for-
(a) Amplification
(b) Modulation
(c) Detection
(d) Rectification

Q5. In a transistor-
(a) Both the emitted and the collector are equally doped
(b) Emitter is more heavily doped than the collector
(c) The base is made very thin and is lightly doped
(d) (b) and (c)

Q6. Radio waves of constant amplitude can be generated with—
(a) Rectifier
(b) Filter
(c) Oscillator
(d) FET

Q8. Which of the following is not transducer?
(a) Loudspeaker
(b) Antenna
(c) Microphone
(d) All of these

Q10. What is the difference between Bluetooth and Wi-Fi devices?
(a) Bluetooth used 2.4 GHz radio frequency band whereas Wi-Fi can use 2.4 GHz or 5 GHz frequency band
(b) Maximum range for Bluetooth based wireless connections is 30m while for Wi-Fi, it can extend well upto 100m.
(c) Connecting two devices over Bluetooth is fairly simple as there is just a simple key matching process. On the other hand, connections concerning Wi-Fi need an expertise in configuration and security pass code matching process.
(d) All of the above