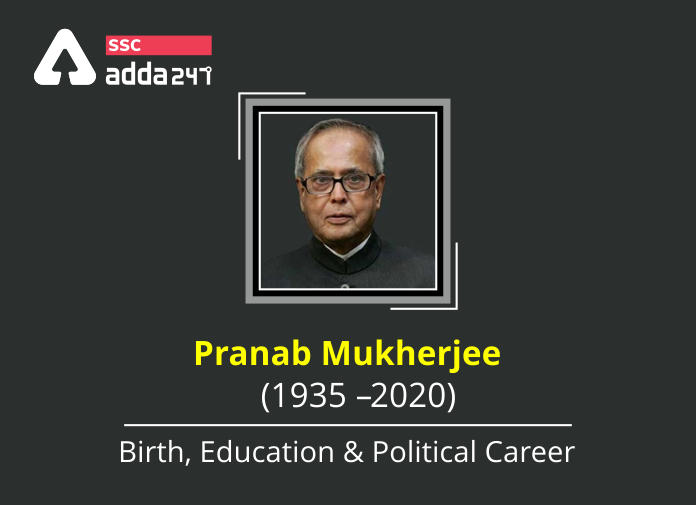 Former President of India, Pranab Mukherjee died on 31 August 2020, at the age of 84, after a prolonged illness. Pranab Mukherjee held ten ministerial portfolios, signed historic agreements such as GATT and Indo-US Nuclear treaty, positioned himself as a trusted support system to at least three Congress presidents and a reliable vice-captain to as many Prime Ministers. Pranab Mukherjee was sworn in as 13th President of India on July 25, 2012, and he served India till 2017. In the year 2019, he was honoured with India’s highest civilian honour Bharat Ratna.

Pranab Mukherjee was born on 11 December 1935 in Mirati village located in the Birbhum District of West Bengal. He was the son of Shri Kamada Kinkar Mukherjee and Smt. Rajlakshmi Mukherjee. Pranab Mukherjee’s father was a freedom fighter and later became a representative of Indian National Congress. He was also a member of All India Congress Committee. Pranab Mukherjee studied in Suri Vidyasagar College in the Birbhum District of West Bengal. He completed his M.A. in History and Political Science and thereafter an LL.B degree from the University of Calcutta.

Pranab Mukherjee married Surva Mukherjee on July 13, 1957. The couple had two sons (Indrajit Mukherjee and Abhijit Mukherjee) and a daughter (Sharmistha Mukherjee). His wife Surva migrated from Narail, Bangladesh to Kolkata when she was 10. She died on August 18, 2015, due to a cardiac arrest, at the age of 74. Pranab Mukherjee’s elder son Abhijit is a Congress MP from Jangipur, West Bengal and his daughter Sharmishtha is a Kathak dancer and a politician with Congress.

Pranab Mukherjee entered politics in 1969 by the then Prime Minister Indira Gandhi, who guided him to become a member at the Rajya Sabha and from that time he considers Mrs. Gandhi as his mentor. He was re-elected to the Rajya Sabha in 1975, 1981, 1993 and 1999. Pranab Mukherjee was also described as the ‘man for all seasons’. Let’s have a look at his political career’s timeline.