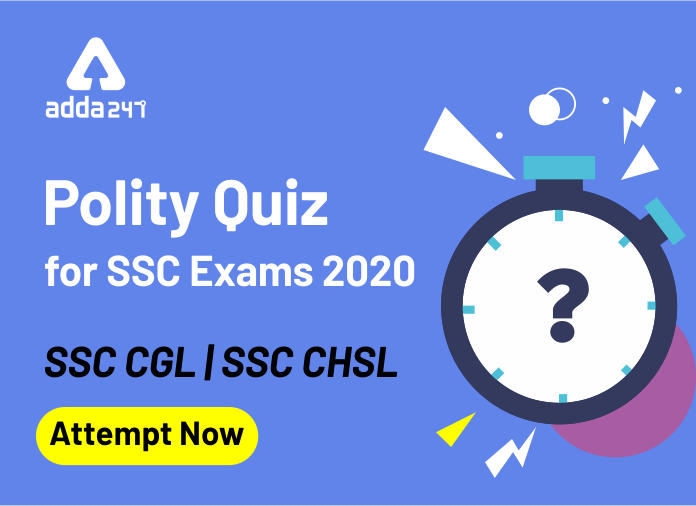 Q1.The President can proclaim national emergency only on the written advice of
(a) The Prime Minister
(b) The Union Cabinet
(c) The Chief Justice of India
(d) The Speaker of Lok Sabha

Q3.The Governor of a state is accountable for all his actions to
(a)The state legislature
(b)The state council of ministers
(c)The Chief Minister of the state
(d)The President

Q4. Which of the following enjoys Constitutional authority to decide the share of the states in the taxes?
(a)The Union Finance Minister
(b)The Finance Commission
(c)The Planning Commission
(d)The Union Cabinet in consultation with the President

Q6.Who enacts the laws for the those Union Territories which do not have Legislative Assembly?
(a)The Chief Administrative Officer of the territory
(b)The Parliament
(c)The President
(d)Union Home Minister

Q10.Who curbed the Judicial Review power of Judiciary through Amendment of the Constitution—
(a) State Legislature
(b) Parliament
(c) Council of State
(d) Legislative Council

S1.Ans.(b)
Sol.Under Article 352, the President can declare a national emergency when the security of India or a part of it is threatened by war or external aggression or armed rebellion on written advice of union cabinet.

S2.Ans(a)
Sol.Governor can make advances out of the Contingency Fund of the state to meet any unforeseen expenditure.

S4.Ans(b)
Sol. Article 280 provides for a Finance Commission as a quasi-judicial body. It is constituted by the President every fifth year or even earlier. The distribution of the net proceeds of taxes to be shared between the Centre and the states and the allocation between the states, the respective shares of such proceeds.

S5.Ans(a)
Sol.The Concurrent List or List-III (Seventh Schedule) is a list of 52 items given in the Seventh Schedule to the Constitution of India. On these item both state and centre can make laws.

S6.Ans(b)
Sol.The Union Territories are administered by the President through an administrator, who is appointed by him with a suitable designation. Power to decide the structure of administration in the UT is vested in Parliament. Parliament was empowered to create a legislature or council of ministers or both for a Union Territory via Constitution.

S7.Ans(b)
Sol. The idea of creation of Zonal Councils was first of all mooted by the first Prime Minister of India, Pandit Jawahar Lal Nehru in 1956. The zonal councils have been established by the state reorganization act 1956 to advise on matters of common interest to each of the five zones, into which the territory of India has been divided.

S8.Ans(c)
Sol. The idea of creation of Zonal Councils was first of all mooted by the first Prime Minister of India, Pandit Jawahar Lal Nehru in 1956. The zonal councils have been established by the state reorganization act 1956 to advise on matters of common interest to each of the five zones, into which the territory of India has been divided.

S9. Ans.(d)
Sol. Article 55 mentions the manner in which election of president is mentioned.

S10. Ans.(b)
Sol. The 42nd Ammendment Act inserted Article 32A in order to deny the Supreme Court the power to consider the Constitutional validity of a State law i.e judicial review power of judiciary.This amendment is passed by the parliament in 1976.