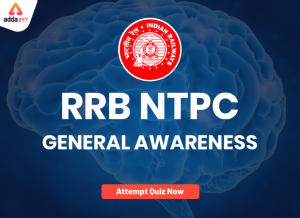 Q1. Which one of the following is not a plant hormone?
(a) Cytokinin
(b) Ethylene
(c) Insulin
(d) Gibberellin

Q2. Plants which grow on saline soils are-
(a) Xerophytes
(b) Hydrophytes
(c) Halophytes
(d) Succulents

Q6.Under which of the following jurisdiction any individual whose fundamental right has been violated, can directly move the Supreme Court forremedy?
(a) Original Jurisdiction
(b) Writ Jurisdiction
(c) Appellate Jurisdiction
(d) Advisory Jurisdiction

Q7. The world’s largest and deepest rail tunnel Gotthard Base Tunnel is located in which country?
(a) Belgium
(b) Austria
(c) Switzerland
(d) Sweden

Q8. Which one of the following cities of Iraq is located on Tigris river?
(a) Baghdad
(b) Basra
(c) Kirkuk
(d) None of these

S1. Ans.(c)
Sol. A hormone produced in the pancreas by islets of Langerhans, which regulates the amount of glucose in the blood. The lack of insulin causes diabetes.

S2. Ans.(c)
Sol. Hydrophytes or aquatic plants are plants that have adapted to live in an aquatic environment (saltwater or freshwater). The are also referred as macrophytes. These plants require special adaptations for living submerged in water or at the water’s surface. Plants growing on saline soils or water are called halophytes.

S3. Ans.(c)
Sol. Fish use gills to breath and gills can only bring in oxygen when moist. Out of water, a fish’s gills dries out and then the fish dies.

S4. Ans.(c)
Sol. The deoxyribose is sugar found in DNA. It is a variant of five carbon sugar called ribose. The DNA is an informational molecule found mainly in the nucleus of the cell.

S5.Ans.(b)
Sol.The Constitution of India was drafted by the Constituent Assembly, and it was implemented under the Cabinet Mission Plan on 16 May 1946.

S6.Ans.(b)
Sol. Writ Jurisdiction is a constitutional remedy available to a person to bring his complaint or grievance against any administrative action to the notice of the court in case fundamental rights had been violeted. Safeguard of fundamental rights and assurance of natural justice are the most important components of writ jurisdictions.