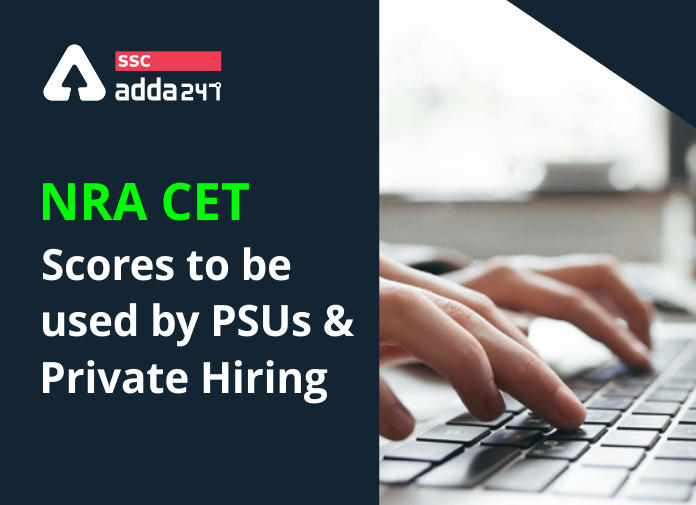 The newly approved agency called the National Recruitment Agency will conduct a common entrance exam for shortlisted candidates to government job examinations. The Union cabinet headed by PM Narendra Modi has decided to conduct a Common Eligibility Test (CET) that will act as a preliminary exam to screen the eligible candidates based on the marks scored by them. As per the statement by the government, the CET scores can also be used by private organizations and PSUs for hiring the eligible employees. CET is expected to be designed in such a way that the scores will act as eligibility criteria for jobs apart from the government jobs as well.

According to Jitendra Singh, MoS PMO, Personnel, Public Grievances, Pensions, the CET score will not only be used by state and central government but also by public sector undertaking (PSUs) and private organizations for hiring. It will help the organizations to save time and cost spent on the recruitment process while also benefit the aspirants at the same time. A Memorandum of Understanding (MoU) can be put for using CET scores by the agencies as it can prove to be a win-win situation for both the organization as well as the aspirant.

State and Union territories have already expressed their interest in being a part of the common entrance exam. Most of the CMs are favourable to be a part of this new reform and adopt it in their recruitment process for Group B and C posts.