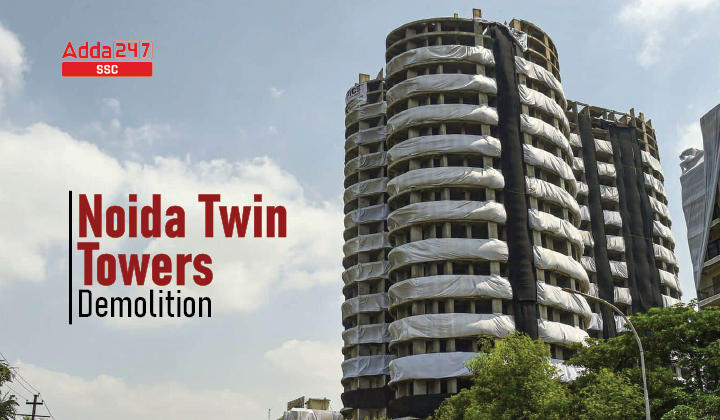 The towers were part of real estate company Supertech Limited’s Emerald Court residential complex. The Supreme Court of India upheld the original decision by the Allahabad High Court and ordered the buildings’ demolition on 31 August, 2021. They are the tallest structures in India to be voluntarily demolished.

The Supreme Court originally set 21 August 2022 as the deadline for the Supertech Twin Towers’ demolition. However this was extended by a week to 28 August, and a buffer period (29 August to 4 September) was given as a contingency for any marginal delay due to weather conditions. The Noida authority and Roorkee-based Central Building Research Institute (CBRI) tasked Edifice Engineering and South African firm Jet Demolition to demolish the buildings. The buildings were brought down through implosion. 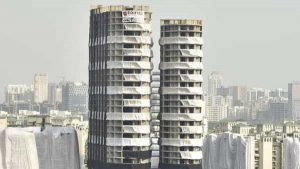 On 28 August 2022 at 2:30 pm, the towers were demolished after the implosion in about 12 seconds. This was the first time when a building with more than 30 storey has been demolished in India. 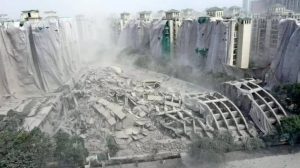 The twin towers are being demolished because of serious violations of building codes. Supreme Court said that the Noida Authority and Supertech had engaged in “nefarious complicity” and ordered the company to demolish the buildings at its own expense under the guidance of the Noida Authority.

The cost of demolition is 20 crore which was borne by the company Supertech. Around 3700 kg of explosives was used in the demolition.

Nearly 500 workers and machinery, including 100 water tankers, 22 anti-smog guns, and six sweeping machines, have been installed around the demolished area for the cleaning work.

Q. Which is the tallest building to be demolished in India?

Ans. Noida Twin Tower is the tallest building to be demolished in India.

Q. What are the names of two buildings of Noida Twin Tower?

Q. Which among the two of the Noida Twin Tower is the longest?