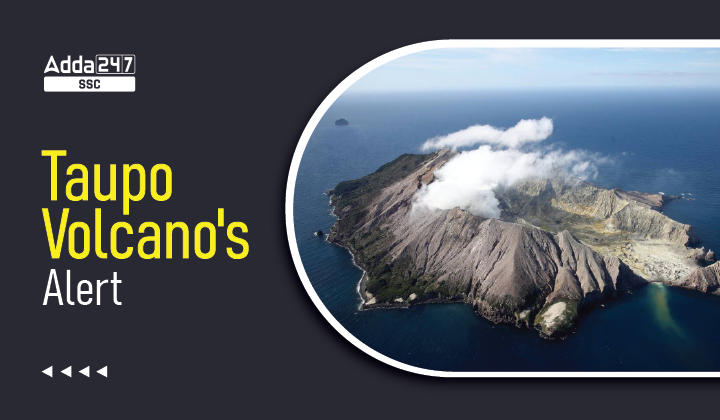 Recently, New Zealand raises alert level on giant Taupo volcano. Almost 700 small earthquakes have been detected below Lake Taupo, the caldera created by the giant volcano, so the volcanic alert level has been raised to 1 from 0 for the first time.

It is important to note that it has already caused the largest eruption on earth in the past 5,000 years when it last exploded about 1,800 years ago.

The volcanic alert system is based on six escalating levels of unrest, but it is not certain that eruption will occur at which level.

During its last eruption around 200 BCE, the Taupo volcano spewed more than 100 cubic kilometres of material into the atmosphere , devastating a large area of New Zealand’s central North Island in a period before human habitation. This eruption was the largest on the planet in the past 5,000 years.

Why Volcano in New Zealand?

It straddles the boundary between the Pacific and Australian tectonic plates and thus experiences significant volcanism and earthquakes.

Recently, the Sakurajima Volcano erupted on Japan’s major western island of Kyushu. In 2021, the Fukutoku-Okanoba Submarine Volcano exploded in the Pacific Ocean, off Japan.

Based on extrusive landforms formed by the volcanic eruption, volcanoes have been divided in the following types:

When a volcano produces low viscosity, runny lava, it spreads far from the source and forms a volcano with gentle slopes. Such volcanoes are known as Shield Volcano.
Most shield volcanoes are formed from fluid, basaltic lava flows.

Strato volcanoes have relatively steep sides and are more cone-shaped than shield volcanoes.
They are formed from viscous, sticky lava that does not flow easily.

As viscous lava is not very fluid, it cannot flow away from the vent easily when it is extruded. Instead it piles up on top of the vent forming a large, dome-shaped mass of material.

When a very large, explosive eruption occurs that empties the magma chamber, the roof of the magma chamber can collapse to form a depression or bowl with very steep walls on the surface. Such volcanoes are called as Caldera.

Q. Taupo Volcano is located in?

Ans. It is located in New Zealand.

Ans. New Zealand witnesses volcanic activities frequently because it straddles the boundary between the Pacific and Australian tectonic plates.

Taupo Volcano is located in?

It is located in New Zealand.

New Zealand witnesses volcanic activities frequently because it straddles the boundary between the Pacific and Australian tectonic plates.