Dhyan Chand is most remembered for his goal-scoring feats and three Olympic gold medals in field hockey. He is popularly known as “The Wizard” for his superb ball control. On National Sports Day, various sporting events such as walkathon and football tournaments are held across the country to honour Major Dhyaan Chand. The President of India gives prestigious awards to the sportspersons who contributed to the growth of sports throughout their sports career.

Dhyan Chand remains a constant source of inspiration for the hockey players all over India. He is also called a ‘magician’ on the Hockey field, as he had such an aura that even Adolf Hitler offered him money to play for Germany. He is known for his extraordinary goal-scoring skills and has won three Olympic gold medals during the time Indian hockey was the most dominant.

Major Dhyan Chand was born to a Rajput family in Allahabad on August 29, 1905. His original name was Dhyan Singh. His father is Sameshwar Singh and Mother is Sharadha Singh. His father was in the British Indian Army and played hockey in the army.

Dhyan Chand joined the Indian Army at the age of 16. It was in the Army where he took up hockey. He used to practice hockey at night only in moonlight, as there were no floodlights in India. Hence, his teammates named him ‘Chand’, meaning the moon. Between 1922 and 1926, Chand played many army hockey tournaments and regimental games.

His Career as a Hockey Player 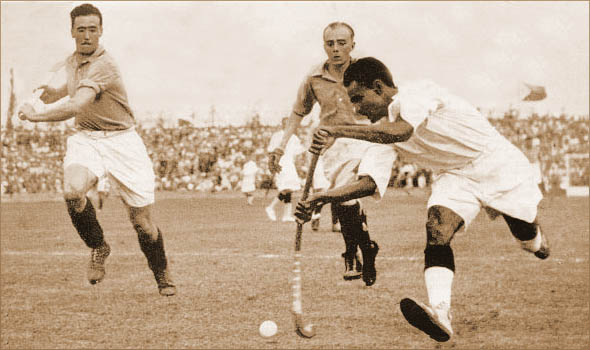 National Sports Awards are given to recognize and reward excellence in sports. The awardees receive their awards from the President of India at a specially organized function at the Rashtrapati Bhawan on August 29.

Dhyan Chand Award is given for Lifetime Achievements in Sports and Games and was instituted in the year 2002. A cash prize of Rs 5 lakh and 3 awards are presented each year to honour those sportspersons who have contributed to sports by their performance throughout their career and continue to contribute to the promotion of sports even after their retirement from the active sporting career. It is awarded by the Ministry of Youth Affairs and Sports