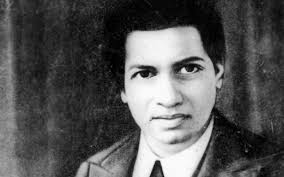 National Mathematics Day is celebrated in India to commemorate the birth anniversary of the great mathematician of India, Srinivasa Ramanujan. The former Prime Minister of India Dr. Manmohan Singh declared to observe this day as National Mathematics Day on 26 February 2012 at Madras University on the occasion of the 125th birth anniversary of Ramanujan.
An exceptional master and an extraordinary mathematician, Ramanujan found his true calling in numbers and made extraordinary contributions to mathematical analysis, number theory, infinite series, and continued fractions. He flunked in most of the other subjects at school but was always interested in mathematics and was excellent at it.
The Indian mathematical genius Srinivasa Ramanujan was born on 22 December 1887 and died on 26 April 1920. In his short lifespan, he compiled more than 3900 mathematical results and equations, and his discoveries namely Ramanujam Prime and Ramanujam theta inspired further research on the subject.
On this occasion, India and UNESCO admitted acting jointly in proclaiming the importance of mathematics and knowledge to students and scholars across the globe. National Mathematics Day is celebrated with numerous educational events held at Indian schools and universities of India.