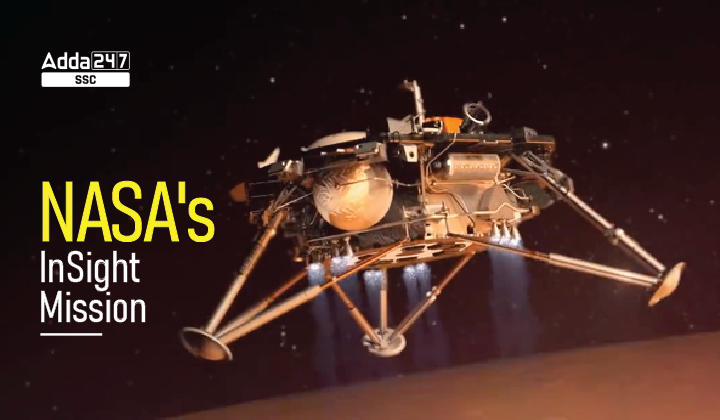 The InSight mission aims to understand how a rocky body forms and evolves to become a planet by investigating the interior structure and composition of Mars. The mission will also determine the rate of Martian tectonic activity and meteorite impacts.

In comparison to the other terrestrial planets, Mars is neither too big nor too small. This means that it preserves the record of its formation and can give us insight into how the terrestrial planets formed. It is the perfect laboratory from which to study the formation and evolution of rocky planets. Scientists know that Mars has low levels of geological activity. But a lander like InSight can also reveal just how active Mars really is.

InSight(Interior Exploration using Seismic Investigations, Geodesy and Heat Transport) is a Mars lander designed to give the Red Planet its first thorough checkup since it formed 4.5 billion years ago. It is the first outer space robotic explorer to study in-depth the “inner space” of Mars: its crust, mantle, and core.

The lander uses cutting edge instruments, to delve deep beneath the surface and seek the fingerprints of the processes that formed the terrestrial planets. It does so by measuring the planet’s “vital signs”: its “pulse” (seismology), “temperature” (heat flow), and “reflexes” (precision tracking).

Mars trembles more often than expected, but also more mildly. Mars doesn’t have tectonic plates like Earth, but it does have volcanically active regions that can cause rumbles.

NASA’s InSight lander has detected seismic waves from four space rocks that crashed on Mars in 2020 and 2021. seismic signals from larger quakes, like the magnitude 5 event that occurred in May 2022, can also reveal details about the planet’s mantle and core.

Based on the latest power readings, engineers now believe the lander could shut down between October of this year and January 2023.

Q. What does Insight word means in InSight Mars Mission?