Here we are providing a Reasoning quiz in accordance with the syllabus of SSC CGL Tier-I, This post comprises 15 Questions of Miscellaneous Questions which will really help you get more marks in the final exam.
Directions (1-2): In each of the following questions, one term in the number series is wrong. Find out the wrong term.

Q4. j _ kl _ jk _l _ j_ l l _ jkl_m
(a) jmklkkm
(b) jmkmkmm
(c) jmklkmm
(d) jlkmkmm
Direction(5): In this question, there is a certain relation between two given words as one side of :: and one word is given on another side of :: while another word is to be found from the given alternatives, having the same relation with this word as the words of the given pair bear. Choose the best alternative.

S5. Ans.(a)
Sol. First is the name given to the act of killing the second.

S8. Ans.(c)
Sol. In all other groups, the sum of the first three numbers is equal to the fourth number.

S10. Ans.(b)
Sol. The code is formed by first writing the last three letters of the word in a reverse order, followed by the middle letter the first three letters in the same order. So, the code for DESCRIPTIVE should be EVITPIDESCR. 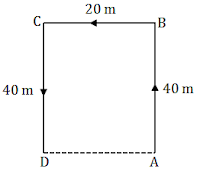