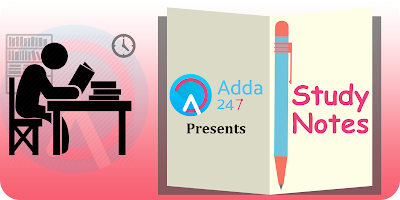 Dear Students, As SSC CGL Tier-I 2017 is going to be conducted in the month of August 2017. For GA Part we are providing all types of topics and notes. Today, in this post we are providing to you study Notes on Monetary Policy  for SSC CGL and MTS Exam. Sometimes questions are asked from this topic as well, So memorize all these articles and score better in the exam. You can also study Quizzes on all GA subjects.

The primary objective of monetary policy is to maintain price stability while keeping in mind the objective of growth. Price stability is a necessary precondition to sustainable growth. In May 2016, the Reserve Bank of India (RBI) Act, 1934 was amended to provide a statutory basis for the implementation of the flexible inflation targeting framework. The amended RBI Act also provides for the inflation target to be set by the Government of India, in consultation with the Reserve Bank, once in every five years. Accordingly, the Central Government has notified in the Official Gazette 4 percent Consumer Price Index (CPI) inflation as the target for the period from August 5, 2016, to March 31, 2021, with the upper tolerance limit of 6 per cent and the lower tolerance limit of 2 per cent. 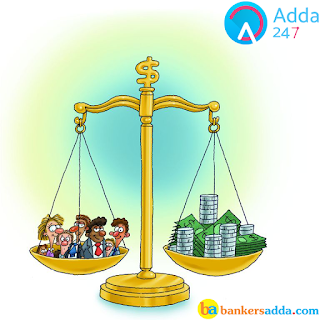 There are several direct and indirect instruments that are used for implementing monetary policy.

Repo Rate: The (fixed) interest rate at which the Reserve Bank provides the short-term loan (overnight liquidity) to banks against the collateral of government and other approved securities under the liquidity adjustment facility (LAF).

Reverse Repo Rate: The (fixed) interest rate – currently 50 bps below the repo rate – at which the Reserve Bank absorbs liquidity, on an overnight basis, from banks against the collateral of eligible government securities under the LAF.
The LAF consists of overnight as well as term repo auctions. Progressively, the Reserve Bank has increased the proportion of liquidity injected under fine-tuning variable rate repo auctions of tenors ranging between overnight and 56 days. The aim of term repo is to help develop the inter-bank term money market, which in turn can set market-based benchmarks for pricing of loans and deposits, and hence improve transmission of monetary policy. The Reserve Bank also conducts variable interest rate reverse repo auctions, as necessitated by the market conditions.

Marginal Standing Facility (MSF): A facility under which scheduled commercial banks can borrow additional amount of overnight money from the Reserve Bank by dipping into their Statutory Liquidity Ratio (SLR) portfolio up to a limit [currently two per cent of their net demand and time liabilities deposits (NDTL)] at a penal rate of interest, currently 50 basis points above the repo rate. This provides a safety valve against unanticipated liquidity shocks to the banking system.
The MSF rate and reverse repo rate determine the corridor for the daily movement in the weighted average call money rate.

Cash Reserve Ratio (CRR): The average daily balance that a bank shall maintain with the Reserve Bank as a share of such per cent of its NDTL that the Reserve Bank may notify from time to time in the Gazette of India.

Statutory Liquidity Ratio (SLR): The share of NDTL that banks shall maintain in safe and liquid assets, such as unencumbered government securities, cash, and gold. Changes in SLR often influence the availability of resources in the banking system for lending to the private sector.

Open Market Operations (OMOs): These include both outright purchase and sale of government securities for injection and absorption of durable liquidity, respectively.

Market Stabilisation Scheme (MSS): This instrument for monetary management was introduced in 2004. Surplus liquidity of a more enduring nature arising from large capital inflows is absorbed through the sale of short-dated government securities and treasury bills. The cash so mobilized is held in a separate government account with the Reserve Bank.