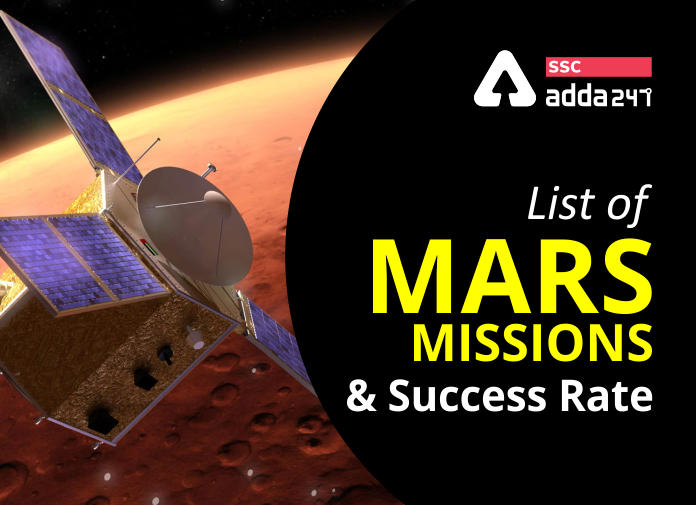 Mars is one planet that mankind has always been curious to know about. After moon, most missions have been attempted to Mars than to any other place in the Solar System. Approximately half of the total attempts made have failed. Exploration of Mars and fantasy of human travel to mars is nothing new. While manned missions have remained financial and logistical near-impossibilities, unmanned missions began in 1960. We are providing the list of notable Mars Missions and the success rate of Mars Missions.

What is Google’s Earthquake Detection System? Know in Detail

N-95 Mask and its Disadvantages

While manned missions have remained financial and logistical near-impossibilities, unmanned missions began in 1960. Given the price and amount of work put into the endeavor, all of that trepidation is understandable given the high failure rate of previous missions to Mars. Whether it is landing a probe on the Martian surface or orbiting the planet only 46% of previous trips have proven successful. There have been 56 Mars missions so far, of which 26 have been successful. It is a testament to the difficulty in reaching the red planet.

Q. Which was the First Successful Mars Mission?
Mariner 9 was the first spacecraft to orbit another planet. Mariner 9was launched on May 30, 1971