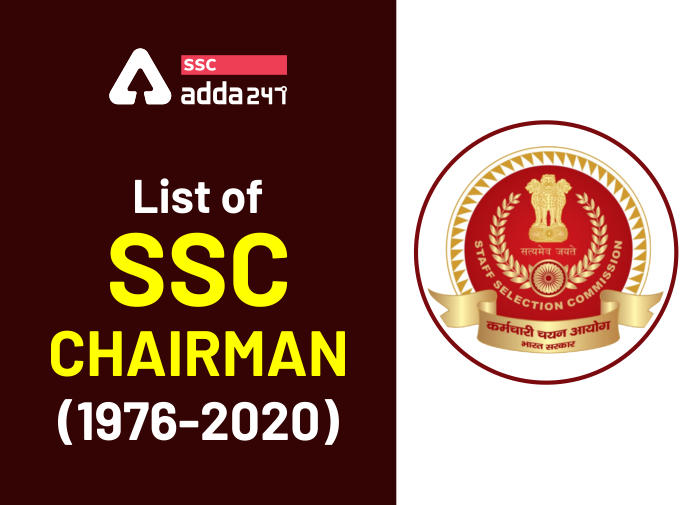 Staff Selection Commission has a chairman who manages the activities to be conducted by the commission. The commission is under the Department of Personnel and Training (DoPT) which consists of a Chairman, two Members and a Secretary-cum-Controller of Examinations. The post is equivalent to the level of Additional Secretary to the Government of India. The last SSC chairman was B R Sharma who was relieved from the post of Chairman on May 24th 2020. Now, SSC is yet to appoint the SSC new chairman who will be serving the commission.

The first SSC Chairman who served was Saiyid Hamid appointed in 1976. He served the office for four years and completed his tenure in 1980. Candidates can go through the complete list for the Chairman for SSC listed below with the names and tenure of office:

SSC Exams are held for the recruitment of the following posts

Q. Who was the first chairman of SSC?
The first SSC Chairman who served was Saiyid Hamid appointed in 1976.