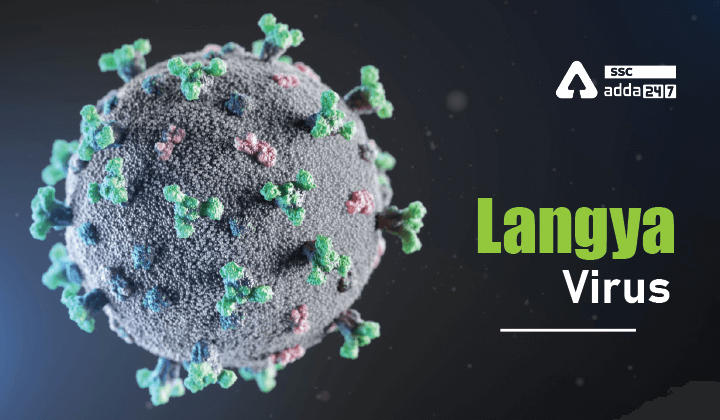 Langya henipavirus is a species of henipavirus first detected in the Chinese provinces of Shandong and Henan. It is also known as Langya Virus. It has been confirmed in 35 patients from 2018 to August 2022 from Langya Virus. All but 9 of the 35 cases in China were infected with LayV only, with symptoms involving fever, tiredness, and cough.

The Langya Virus is believed to have plunged from shrews or some other animal to humans. It is transmitted to humans through animals. Scientists found LayV’s genetic materials in over 200 shrews in their testing. The virus has also been detected in nearly about 2% of domestic goats and 5% of dogs.

Langya Virus was first detected in China and now it us affecting the regions of China. Langya Virus China related details are mentioned here.

Many people in China have fallen ill with a new langya virus that is also found in shrews, as per the report, there is so far no evidence of human-to-human transmission.

The spread of Langya Virus China was found in the eastern Shandong and central Henan provinces of China affecting 35 people now according to a report published in the New England Journal of Medicine this month.

Language Virus originated in China and affected 35 people till now. It is a dangerous virus that causes human illness badly. It has some specific symptoms which are discussed here.

According to the latest study, 26 patients with only LayV infection identified the related symptoms. While all 26 percent had a mild fever, 54% reported fatigue, 50% complained of cough and 38% were affected by nostalgia.

Likewise, 35% of the 26 patients, complained of symptoms including headaches and vomiting. The research found that 35% had impaired liver function, while 8% had affected the function of the kidney. Further, the patients were accompanied by abnormalities of leukopenia, thrombocytopenia, and kidney and liver functions.

So the Langya Virus Symptoms are commonly found namely fever, fatigue, cough, headache, and vomiting. It affects the liver and kidney functions also.

Thrombocytopenia is a low platelet count, whereas leukopenia means a drop in the white blood cell (WBC) count, in turn decreasing the body’s immunity or making the body weak.

Langya Virus is detected in China and affected the provinces of China. There are a total of 35 cases are reported by August 2022 of this virus.  Langya virus in India is not detected yet. Langya belongs to the same family as the harmful Nipah virus that is typically found in bats. Nipah also spreads through respiratory droplets like Covid-19 but is far more dangerous as it kills up to three-quarters of humans. The World Health Organization (WHO) has listed Nipah as the most likely to cause the next pandemic in the world.

We need to follow the advisories of WHO, Experts, and Doctors to make us safe from the Langya Virus. Langya virus in India is not yet detected but there should follow safety measures strictly to make the country safe from this next pandemic.

Researchers have not observed exposure in close contact tracing of 9 patients or a history of common exposure, which may indicate that the Langya virus infection thin e n human population is irregular. Nevertheless researchers say that the sample size is not large enough to make a strong case for lack of human-to-human transmission of the virus. While earlier reports have suggested that it could be transmitted from one person to another, human-to-human transmission has not been proven till now.

The novel Langya henipavirus (LayV) was first detected in the northeastern provinces of Shandong and Henan in late 2018 but was only formally observed by scientists last week.

Que.1 From where Langya Virus is detected?

Que.2 How many cases are recorded of Langya Virus?

Ans – There are 35 cases reported till now from Langya Virus.

Que.3 What are the symptoms of Langya Virus found?

Que.1 From where Langya Virus is detected?

Que.2 How many cases are recorded of Langya Virus?

Ans - There are 35 cases reported till now from Langya Virus.

Que.3 What are the symptoms of Langya Virus found?