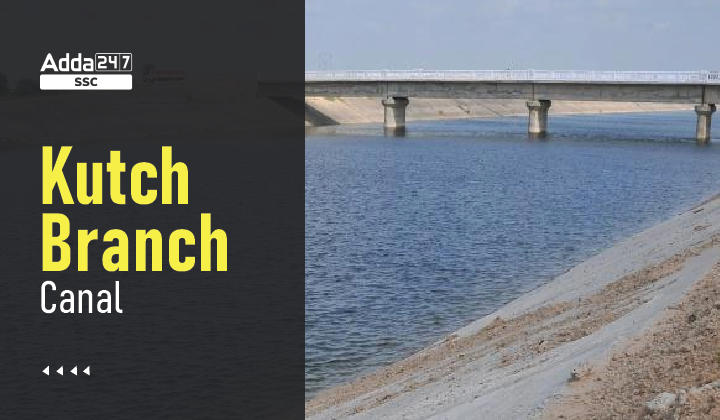 Kutch Branch Canal – Why in News

The project began around 2008. KBC has been built at the cost of Rs 6493 crore. It is 357.18-kilometer-long that stretched from the Sardar Sarovar Narmada Dam in Narmada district 750 kilometres away, to the last of the villages of Gujarat’s Mandvi taluka, Mod Kuba.

Sardar Sarovar Narmada Nigam Ltd (SSNNL) officials acclaim KBC as the “longest branch canal in the world”.
The project began around 2008 and passes over Dudhai village which was the epicentre of the 2001 earthquake.
While the construction of the branch canal was completed in May, about 1200 km of a total of 5000 km network of minor canals for laying the distribution network is yet to be completed. 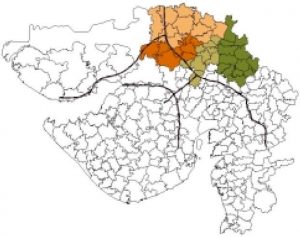 Kutch Bhuj Canal will benefit the people and farmers of the region. KBC will provide water for irrigation to 182 villages that have a culturable command area of 1,12,778 hectares (278,561 acres). It will also provide drinking water in all 948 villages and 10 towns of the Kutch district.

The Saurashtra and North Gujarat regions have been receiving Narmada waters through the Saurashtra Branch Canal, its six sub-branch canals as well as through the canal network in north Gujarat. The KBC, which offtakes from the Narmada Main Canal (NMC) at Salimnagar in Kankrej taluka of Banaskantha district, was delayed because of the many engineering challenges faced while constructing on the terrain of the Rann of Kutch and land acquisition of about 115 hectares.

The carrying capacity of Kutch Branch Canal has been kept as per the requirement of irrigation as well as the need for carrying additional one million acre-feet surplus water from different places in Kutch.

Q. What is the length of Kutch Branch Canal?

Who has inaugurated Kutch Branch Canal?

What is the length of Kutch Branch Canal?