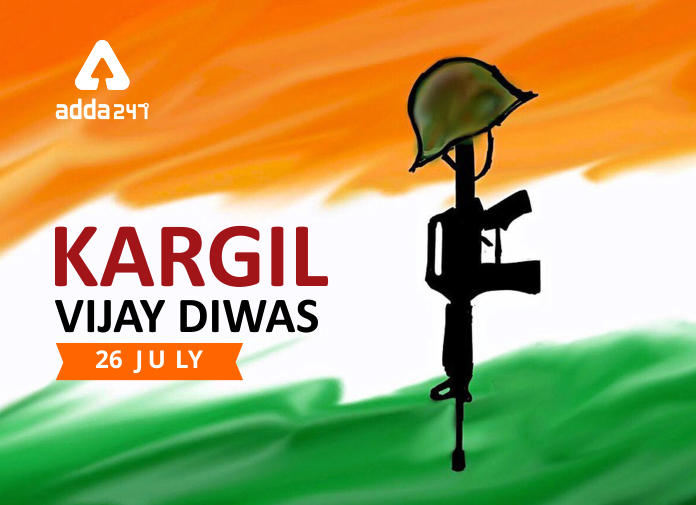 On 26th July in 1999, the Kargil War, also known as the Kargil conflict, formally came to an end, with Indian soldiers successfully recapturing mountain heights that had been seized by Pakistani intruders. This day is celebrated in the Kargil – Dras sector and the national capital New Delhi. Every year, the Army organises functions and events across the country to honour the war heroes.

The Prime Minister of India pays homage to the soldiers at Amar Jawan Jyoti at India Gate every year. Various cultural programmes are organised for the three-day event. During the war, the Indian Army evicted Pakistani intruders and succeeded in recapturing the Tiger Hill and other posts as a part of Operation Vijay.

The IAF played a major role in the war, it’s operation Safed Sagar helped to identify Pakistani troops and infiltrators at the height of 32,000 feet. The aim of the Pakistani incursion was to sever the link between Kashmir and Ladakh and cause Indian forces to withdraw from the Siachen Glacier, thus forcing India to negotiate a settlement of the broader Kashmir dispute.

The Government of India responded with Operation Vijay, a mobilization of 200,000 Indian troops. The Kargil war was fought for more than 60 days and the condition became worst due to its high-altitude and rough terrain and natural habitat. Atal Bihari Vajpayee was the Prime Minister at that time. PM declared the operation as successful on July 14, but it was officially declared closed on July 26 1999.

Bravehearts, who sacrificed their life during the Kargil War to defend the nation and their fellow soldiers: