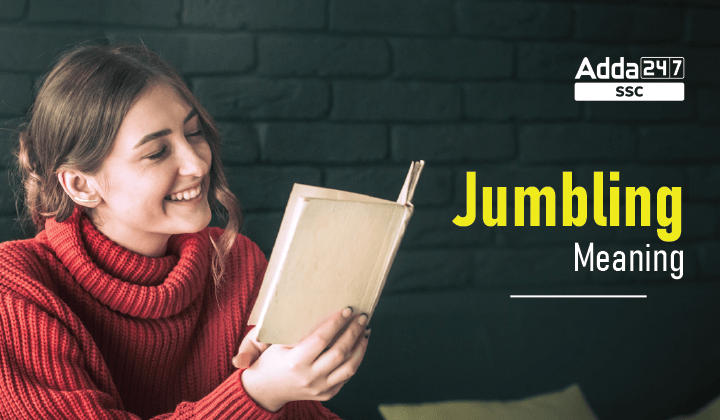 Jumbling Meaning: Jumbling is a puzzle of words or letters which are scrambled and the candidates need to correct the order and terms. Jumbling as the name suggests to a paragraph wherein the sentences of the paragraph are jumbled and are assigned with some number or letters or words. So, the question here is what should we do in para jumbling problems? We are required to arrange the sentences in a proper manner such that they link and form a meaningful paragraph, and we must do this rearrangement by selecting the appropriate option. Jumbling meaning can be understood in this article in detail.

Jumbling is an important section of reasoning for all the exams like SSC, Railways, Banking, Defence, etc. The words and letters are jumbled here to check the logical ability of the candidate and to make a meaningful arrangement. Jumbling reasoning terms and important questions are discussed here.

Jumbling in reasoning is asked in many competitive exams to check the logical ability of candidates. While dealing with Jumbling questions the candidates must read the question thoroughly and then note down the given data, then follow tips and tricks to solve the question in minimum time. Jumbling reasoning questions with solutions are given here for a better understanding of students.

The questions in jumbling are formed on the seating arrangement, blood relation, puzzle, etc. We are going to discuss here some important questions of jumbling with their solutions. These questions will help students to make their preparation effective for the upcoming exams. So refer to these questions to understand the jumbling meaning in detail.

Que.1 There are five colleagues A, B, C, D, and E in a group. Two of them are businessmen while the other three belong to different professions like medical, engineering, and lawyer. One businessman and the lawyer stay in the same area S, while the other three stay in three different areas P, Q and R. Two of these five persons are Hindus while the remaining three come from three different communities viz. Muslim, Christian, and Sikh. The lawyer is the oldest while one of the businessmen who runs a factory is the youngest. The other businessman is a cloth retailer and age-wise lies between the doctor and the lawyer. D is a cloth merchant and stays in locality S while E is a Muslim and stays in locality R. The doctor is a Christian and stays in locality P, B is a Sikh while A is a Hindu and runs a factory.

Who stays in the locality?

Solution: According to the question

III. Clearly, A is a factory owner, B is a lawyer, C is a doctor, D is a cloth merchant and E is an engineer.

Que.2  Read the below sentences carefully and answer the given question.

(i). There is a group of five persons – A, B, C, D, and E.
(ii). One of them is a horticulturist, one is a physicist, one is a journalist, one is an industrialist and one is an advocate.
(iii). Three of them – A, C, and advocate prefer tea to coffee, and two of them – B and the journalist prefer coffee to tea.
(iv). The industrialist and D and A are a friend with one another but two of these prefer coffee to tea.
(v). The horticulturist is C`s brother. Which of the statements above is superfluous?

Since all the statements are required to analyze the given data, none of them is superfluous.

Que.3 Refer to the content carefully and answer the question.

I. Apart from D and F, which other pair is diagonally opposite to each other?

II. Which of the following combination gets south-facing apartments?

Solution: According to the problem, there are six apartments on a floor in two rows. Out of these, three are north facing and the other three are south-facing apartments.

By reading the above sentence, we get to know that the puzzle is a linear arrangement/puzzle in two rows. 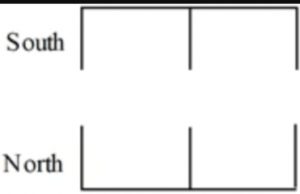 From the above sentence, D and F have common/more data than the other variables. So, we start the arrangement with them.

Case II is meaningless because C is next to F.

By reading the remaining sentences in the above question, we can get the entire arrangement correctly.

So, E will be a north-facing apartment.

Que.1 What is the meaning of jumbling in reasoning?

Ans – Jumbling in reasoning refers to the arrangement of words or letters or numbers or sentences logically as per the set of instructions.

Que.2 Is jumbling asked in all the exams?

Que.1 What is the meaning of jumbling in reasoning?

Que.2 Is jumbling asked in all the exams?