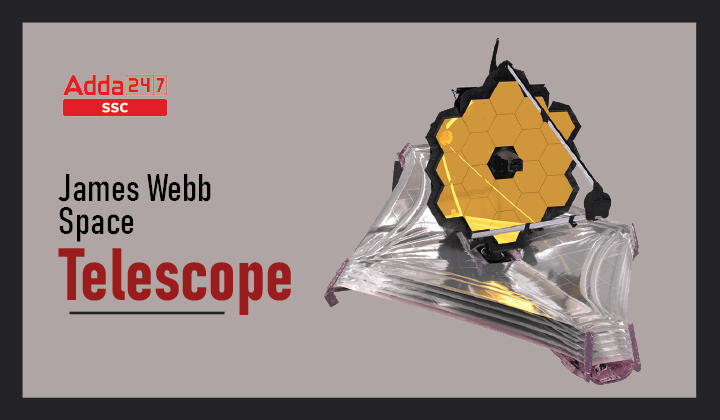 The James Webb telescope’s Near-Infrared Camera, with its specialized infrared filters, has shown Jupiter encompassed in blue, green, white, yellow and orange hues, a look which was never seen before. Most of us are familiar with Jupiter as the yellow and reddish-brown gas giant.
This can be seen in the given picture below: 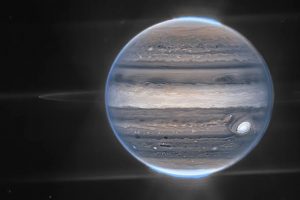 The James Webb Space Telescope (JWST) is a space telescope designed primarily to conduct infrared astronomy. As the largest optical telescope in space, its high infrared resolution and sensitivity allow it to view objects too early, distant, or faint for the Hubble Space Telescope. This is expected to enable a broad range of investigations across the fields of astronomy and cosmology, such as observation of the first stars and the formation of the first galaxies, and detailed atmospheric characterization of potentially habitable exoplanets.
It is a joint mission of NASA, Canadian Space Agency (CSA) and European space agency (ESA) with a cost of over USD 10 billion.
The telescope is named after James E. Webb, who was the administrator of NASA from 1961 to 1968 during the Mercury, Gemini, and Apollo programs.

JWST is placed between Sun–Earth at L2 (Lagrange point 2) orbit.

The Big Bang is a really misleading name for the expanding universe that we see. We see an infinite universe expanding into itself. The name Big Bang conveys the idea of a firecracker exploding at a time and a place – with a center. The universe doesn’t have a center. The Big Bang happened everywhere at once and was a process happening in time, not a point in time.

JWST was designed not to see the beginnings of the universe, but to see a period of the universe’s history that we have not seen yet before. Specifically we want to see the first objects that formed as the universe cooled down after the Big Bang. That time period is perhaps hundreds of millions of years later than the one COBE, WMAP, and Planck were built to see. We think that the tiny ripples of temperature they observed were the seeds that eventually grew into galaxies. We don’t know exactly when the universe made the first stars and galaxies – or how for that matter. That is what we are building JWST to help answer.

Within a very short span of it’s functioning , James Webb Space Telescope has led to some remarkable discoveries. 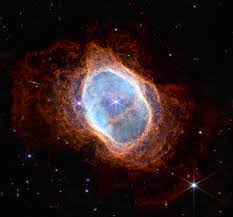 The James Webb Space Telescope (JWST) took the pictures of the Solar System’s biggest planet in July. The images show auroras, giant storms, moons and rings surrounding Jupiter in detail that astronomers have described as “incredible”. The infrared images were artificially coloured to make the features stand out. The James Webb Space Telescope’s view of the galaxy NGC 7496 reveals bright channels of dust and gas where stars are actively forming. 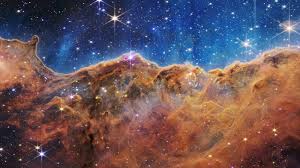 It has captured a red smudge of a galaxy estimated to be 35 billion light-years away. It captured the galaxy CEERS-93316, pictured as it existed 235 million years after the Big Bang.