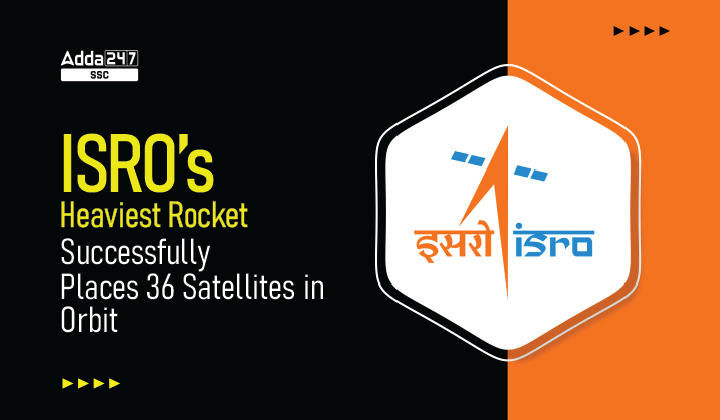 LVM3-M2 is the dedicated commercial satellite mission launched by the New Space India Limited (NSIL). NSIL is a Central Public Sector Enterprise under the Department of Space.

Significance of this Development

It strengthens ISRO’s claim as a serious player in the heavy satellite launch market.

The LVM3 rocket carried almost 6 tonnes of payload into lower-earth orbit which was the heaviest payload that any ISRO mission has delivered into space so far. Only few countries have the capability to launch satellites weighing more than 2 tonnes.

It is a big step towards being self-reliant in launch of heavy satellite. Previously, ISRO used to take the services of Ariane rockets of Europe to launch its heavy satellites.

Entry into commercial space market: The achievement is likely to boost India’s efforts to increase its market share in space sector. Currently, India accounts only for 2 per cent of the market of space sector despite being one of the foremost space-faring countries.

Performance capability: 4.3 ton to GTO. In future, the payload capability of GSLV MKIII will be increased upto 6 tons to GTO.

It is Cost effective with improved reliability, operability and redundancy management.

It will support manned missions (like Gaganyaan mission), Lunar Mission and other deep space exploration missions.

1. Polar Satellite Launch Vehicle or PSLV; The PSLV has been the most commonly used, having carried as many as 53 successful missions since 1993. Only two flights of PSLV have failed.

2. Geosynchronous Satellite Launch Vehicle or GSLV Mk-II; GSLV Mk-II has been used in 14 missions, of which four have failed.

3. Launch Vehicle Mark-3 or LVM3 – The LVM3 has flown five times, including the Chandrayaan 2 mission, and has never failed.

Additionally, ISRO has been working on a reusable launch vehicle (RLV). Unlike other rockets, the RLV would not end up in space debris. It can be brought back and refurbished for use multiple times. It will help reduce costs of future space programs.

Q. What is India’s share in commercial space sector market?

Ans. India accounts only for 2 per cent of the market of space sector.

Q. Which is the heaviest rocket Launch Vehicle of ISRO?