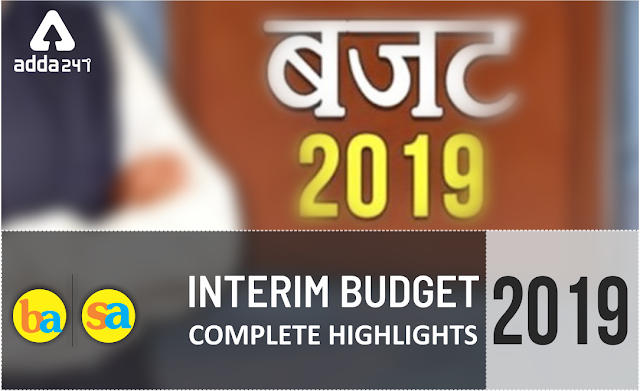 Interim Budget 2019
Finance minister Piyush Goyal will present the Interim Budget for 2019-20 amid heightened expectations that he will announce an income support scheme for distressed farmers who have seen their incomes stagnate because of plunging prices, barely enough to pay for loans and input costs.

The budget, the last before April-May Lok Sabha elections, will be keenly watched for cues about the government’s intent on creating jobs, in the face of the latest set of data showing four-decade high unemployment rates, stirring up the political cauldron.