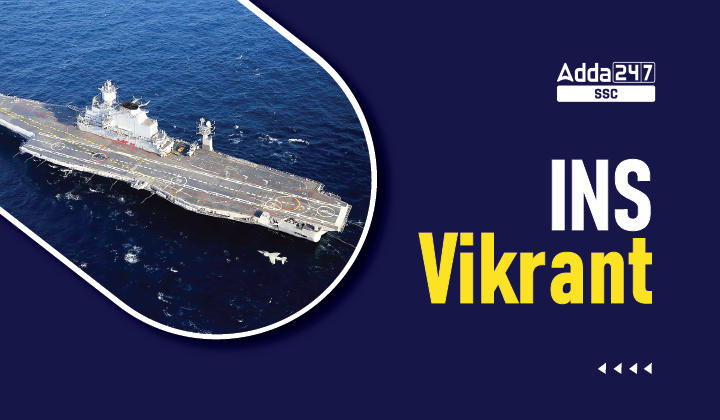 It will be the country’s second aircraft carrier after INS Vikramaditya (procured from Russia).

The motto of the ship is Jayema Sam Yudhi Sprdhah which is taken from Rig Veda and is translated as “I defeat those who fight against me”.

It features a Short Take-Off But Arrested Recovery(STOBAR) configuration with a ski-jump. The deck is designed to enable aircraft such as the MiG-29K to operate from the carrier. It is expected to carry an air group of up to thirty aircraft, which will include up to 24–26 fixed-wing combat aircraft, primarily the MiG-29K .

Vikrant is powered by four General Electric LM2500+gas turbines on two shafts, generating over 80 megawatts (110,000 hp) of power. The gearboxes for the carriers were designed and supplied by Elecon Engineering.
It’s top speed will be 28 KNOTS and cruising speed of 18 KNOTS.
Vikrant has around 76% indigenous content.

PM Modi also unveiled a naval ensign at the commissioning ceremony of aircraft carrier Vikrant, with the new flag drawing inspiration from the seal of Maratha king Shivaji Maharaj and the Cross of St George being dropped. The new ensign consists of the national flag in the upper left canton, and a navy blue-gold octagon at the centre of the fly as can be seen in the picture given below: 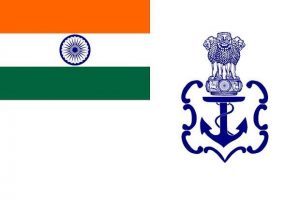 The naval ensign until now was the St George’s Red Cross set on a white background, with the national emblem placed at the intersection and the Indian flag in the top left quadrant.

It is named ‘Vikrant’ as a tribute to India’s first aircraft carrier, Vikrant (R11). The name Vikrant means “courageous” in Sanskrit.

The original INS Vikrant (R11) was the Indian navy’s first aircraft carrier, it was purchased by India from the UK in 1957 and was commissioned in the Indian Navy as INS Vikrant in 1961.

Q. Which is the largest aircraft carrier built in India?

Q. What is the maximum speed of INS VIKRANT?

Ans. It can reach upto a maximum speed of 28 KNOTS.

Q. Who has commissionned INS VIKRANT?

Which is the largest aircraft carrier built in India?

INS VIKRANT is the largest aircraft carrier built in India.

What is the maximum speed of INS VIKRANT?

It can reach upto a maximum speed of 28 KNOTS.

Who has commissionned INS VIKRANT?