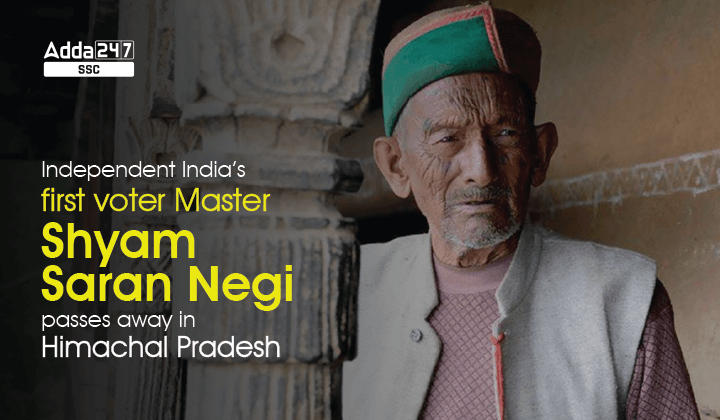 Master Shyam Saran Negi cast his first vote in the independent country on October 23, 1951, in the Kalpa polling station, becoming the first voter in the country, and he cast his vote for the 34th time on 2nd November 2022 this year which became his last vote which was acknowledged by Prime Minister Narendra Modi

The Election Commission has mourned the demise of the first voter of Independent India. The Commission said, he was not just the first voter of Independent India, but a man with exceptional faith in democracy. He inspired millions to vote, and even before his demise, he voted for the ensuing Himachal Pradesh Assembly Elections through postal ballot on the 2nd of this month.

Shyam Saran Negi was the Indian School Teacher in Kalpa, Himachal Pradesh. He voted in every general election from 1951 until his death and is believed to be India’s oldest voter as well as its first. Shyam Saran Negi also made a special appearance in the Hindi film Sanam Re. The Chief Election Commissioner of India, Navin Chawla visited Negi’s village to honor him as part of the Election Commission’s diamond jubilee celebrations in 2010.