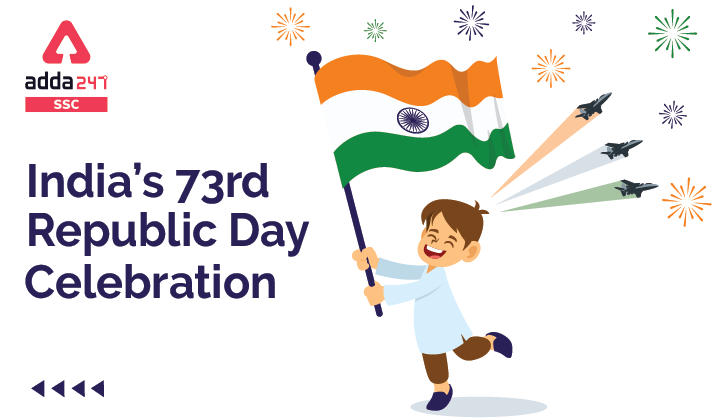 Happy 73rd Republic Day: India is a country where we all celebrate Republic day with joy and enthusiasm remembering the martyrs and their sacrifices. The pride for our country and patriotism which flows in our blood is the sign of true Indians to wait for the celebration of Republic Day every year with the same enthusiasm. This year our country is celebrating 73rd Republic Day. India gained its independence from the British Raj in 1947 and on 26th January 1950 the Indian Constitution came into effect, and India became a sovereign state, declaring it a republic. The republic day is also known as “Gantantra Diwas”, this day is observed by festivities such as the well-known Delhi Republic Day parade at Rajpath, which honors the Indian military forces and our rich cultural heritage.

Celebration of Republic Day this year:

The Nation will celebrate republic day and the main function will be held at Rajpath in the National Capital where President Ram Nath Kovind will take the salute of the parade. The celebrations this year are special as Republic Day falls in the 75th year of Independence, being celebrated as ‘Azadi ka Amrit Mahotsav’ across the country. To mark the occasion, the Ministry of Defence has conceptualized a series of new events during the main parade on Rajpath. These are the important things related to Republic Day.